(http://flyingomelettespalace.yuku.com/topic/9792/Possible-unused-Blaster-Master-stuff--probably-use-Codie-s-h) Looks like a whole bunch of unused graphics here. I'm curious if there is unused code to go with it (i.e. maybe some of the enemies that were cut were partially programmed). Snarfblam 20:52, 12 June 2012 (EDT) 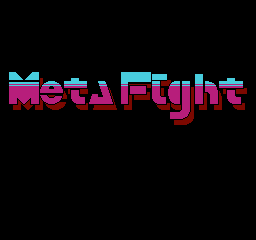 I found an early MetaFight title screen tile set in the MetaFight ROM. Next to it is very rough mock up of it; it won't be added to the article until we can get a better one. It should give you a general idea what it should look like though. --

I noticed that in the section about the DPCM it takes note of the fact that it lines up with the intro music, and when listening to the intro music it does line up with it, so I decided to put them together and see how it turns out. It works like a charm. MeltingTerminal (talk) 13:36, 5 October 2014 (EDT)