Tamori no Picross is an early release, on the Satellaview, of what would later become Mario no Super Picross. The engine feels like a work in progress, featuring many quirks and odd "features" (like being able to move the cursor off the Picross board) that would later be removed for every other SNES Picross game.

Present in the ROM are two unused songs and an unused jingle. They can be accessed with Game Genie code C029A4?? (where "??" is one of the below), replacing the game select music. All songs have looped/non-looping versions - subtracting or adding 40 from the current song's value will play them.

All of these unused tracks continue to exist in some form in Mario no Super Picross, but only one of them ended up being used in it. 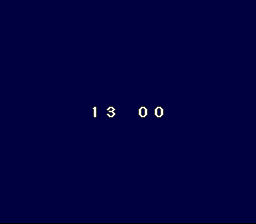 A slightly more functional sound test than the one present in Mario no Super Picross can be accessed by using Pro Action Replay (PAR) code 7E09E40B or C0240F0B at the title screen. Down increases the value, Up decreases it.

Present at 0xD145 is the name of the main programmer.

Build information is present at 0x60003: