Taz: Wanted is a 3D-platformer set in the Looney Tunes universe, with Taz the Tasmanian Devil as the main character. The main objective of the game is to destroy all the Wanted signs in the world after Taz escapes the zoo. 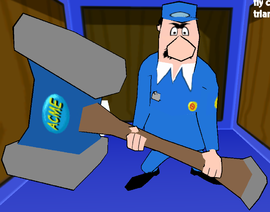 An animal catcher carrying a large hammer. They can be seen in early trailer of game and also in some cutscenes in the final game. 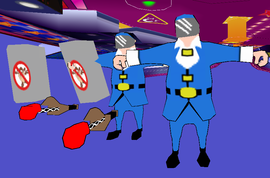 Task Force catchers armed with a helmet, shield, and boxing-glove baton sticks. They can be seen in concept art and Gladiatoons outro cutscene.

A model of Beaky Buzzard, meant to appear as an enemy in the western levels. 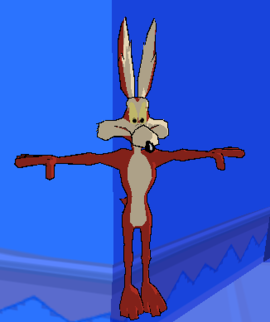 An earlier version of Wile E. Coyote's model, different from the one seen in cutscenes.

Enter the appropriate Action Replay code for your version, then press L and R to open the debug menu: 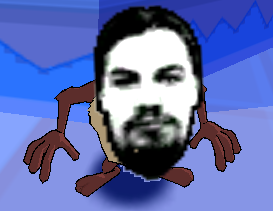 A cheat that gives Taz a mask of presumably programmer Christopher P. Wilson. It is only accessible via debug menu. The back of it reads "ACME GOTH MASK".