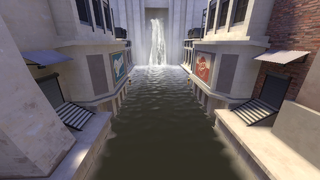 Team Fortress 2 (shortened to "TF2" by many) is a team-based multiplayer first-person shooter created by Valve, the same creators behind the Half-Life series among others. Starting its life as a far more gritty and realistic military shooter more in the vein of its predecessor (and having its life end at various points according to the community), it was initially released on the Orange Box in 2007.