From The Cutting Room Floor
< Template:FeaturedFile‎ | 02-04
Jump to navigation Jump to search 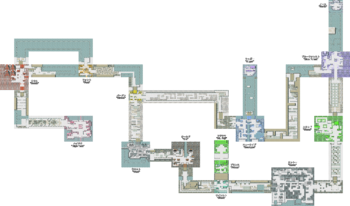 On November 22, 1997, an early playable demo of Pokémon Gold and Silver was shown at Space World '97. Long considered lost treasures, on May 26, 2018 an anonymous user unexpectedly dumped ROMs of the elusive demos online. The ROMs themselves were built on November 15, 1997.

The region seen in the prototype is incredibly different from the final Johto region. It seems to be based on the entirety of Japan, with Kanto having been compressed into a single map found in the area of the real-life Kanto region. Most of the region is mapped out, with seemingly only a couple of routes from the map missing from the prototype. However, some of these maps are closed off and do not connect anywhere as well, if accessed through Debug Mode.

Most of the maps are missing scripts for NPCs and most trainers are missing scripts for trainer battles, with only the first few areas having working trainers. Also, the collision data for most maps doesn't work properly and so the player is able to walk through most tiles if these maps are accessed. Due to this, much of the wild grass also does not function as the collision data means it cannot be walked upon, but every area does contain encounter data and if loaded in the tileset used in the demo area, these grass patches can function.