From The Cutting Room Floor
< Template:FeaturedFile‎ | 04-21
Jump to navigation Jump to search 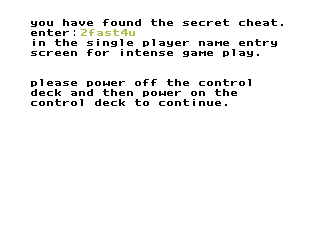 The New Tetris is a unique take on the Tetris formula. It includes a mode where the player collects various artifacts relating the various environments and an exceptionally trippy soundtrack.

The game quickly became infamous for rants and ASCII art hidden deep in the game's code, which includes lead programmer David Pridie ranting about various subjects and marijuana leaves. These were found mere days after its release. Nintendo would not work further with H2O Entertainment, as H2O's next game was instead published by THQ.

Pictured is a crash handler revealing a hidden code, which was hastily implemented to get past Nintendo's certification requirements.