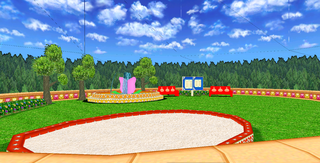 The Chao Kindergarten was once planned to work very differently to the way it works in the final game, including having more online features and rooms that were ultimately left unused.

This image shows the playground.