The Adventures of Batman & Robin (SNES)

The Adventures of Batman & Robin is a Super NES video game based on Batman: The Animated Series. Despite the title, Robin isn't actually a playable character - they simply rebranded the game at the last minute to tie-in with the name change the show itself underwent during its second season. 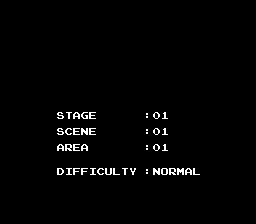 This stage select menu is buried in the programming, much like Batman Returns and other games by Konami. The programming begins at SNES address $889AC1. Currently, a location hasn't been found to easily hook it back in (i.e., using a few game enhancer codes).

For reference, the memory locations used by the menu are as follows:

If you start the first stage, then use the scene code above and set it to 05, you can play the first part of No green peace with all gadgets allowed and melee controls. Changing 05 will result in the next scene of the level. It can be seen here.