The Adventures of Kid Kleets

The Adventures of Kid Kleets, known in every other region and on every other platform as Soccer Kid, is a platforming game with a unique twist: the plot and characters are a metaphor for the development of the atomic bomb.

Just kidding, it's about soccer. 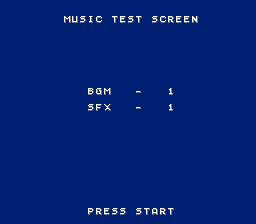 From here, pressing Start returns to the main menu.

The Japanese version has a little bit of code at 0x116DE0, though it's all setting up data sizes for various things.

The US and European versions moved the difficulty selection (and added a language selection) to a separate options screen, and added a password function.

The scene of the protagonist violently bursting out of his country shack was altered to match the title screen. If you look closely, you'll notice that Kid Kleets/Soccer Kid still has a stray motion line on his left arm from the original Japanese scene. The window inside the house was also recolored to match the sky.

Many stages have different names between the International and Japanese versions: