The Binding of Isaac: Rebirth (Windows)/Afterbirth

From The Cutting Room Floor
< The Binding of Isaac: Rebirth (Windows)
Jump to navigation Jump to search

This is a sub-page of The Binding of Isaac: Rebirth (Windows).

Afterbirth is the first expansion pack for Rebirth and features a variety of improvements. 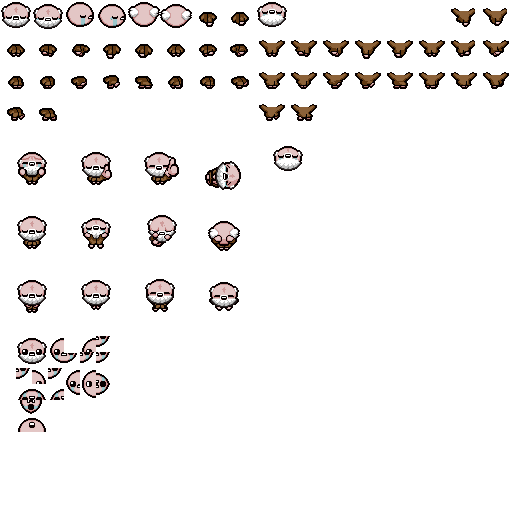 Using Cheat Engine, the Keeper was playable since the initial release of Afterbirth. However, he was invisible as he had no sprites and he started with zero health. These graphics were added in later patches and remained in the game until they were replaced by the real Keeper sprites after the ARG had ended. These sprites ended up being used during the daily run on April 1st, 2016.

A really unfinished sprite sheet for a skinless Hush boss. This was confirmed by Edmund to be "a red herring for dataminers." However, in the Afterbirth+ DLC, using the debug console allows you to spawn Skinless Hush. It has no AI other than sliding around when you hit it.

There are some other unused sprites for Hush, mainly for its face.

The Steam achievement for Generosity was changed as part of the ARG. Counting the pixels (difficult when the image is a JPEG) in the lines and spaces revealed an Imgur link. The achievement image remained the same after the ARG was over, so the old image is now unused.

As the room editor was used by devs during development, early versions of some things in the game are still shown. 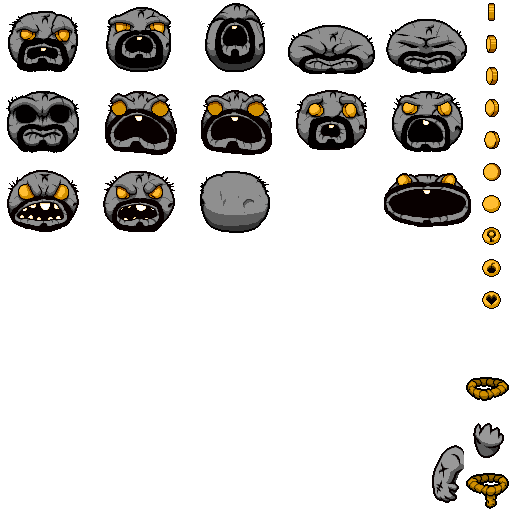 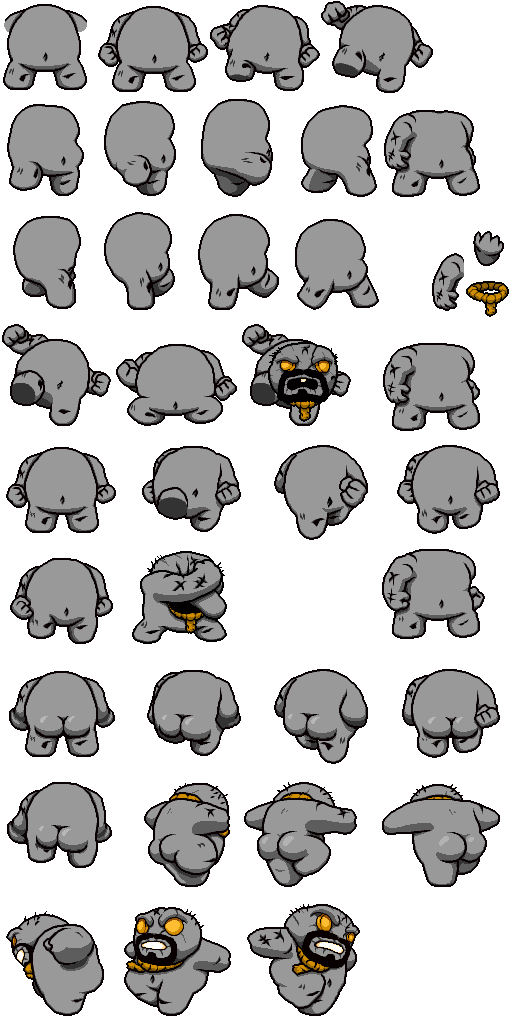 In early screenshots, Ultra Greed had a beard. No files for it were found in Afterbirth. However, in the DeliriumForms folder of Afterbirth+'s files, the entire spritesheet oddly shows up. 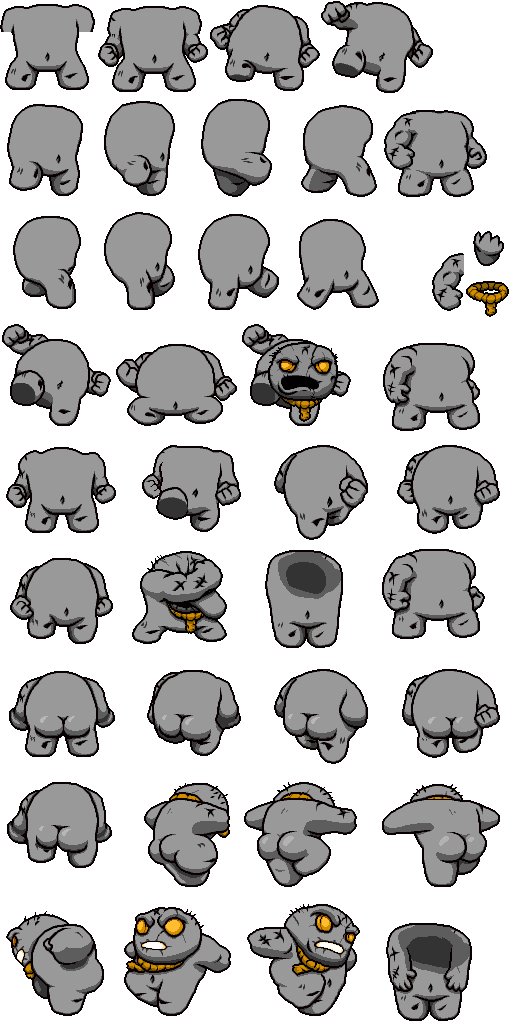 In the same files with Bearded Ultra Greed, an early Ultra Greed between the Beard version and the final. Main differences include a fatter Ultra Greed and incomplete sprites.

Like the skeletal version of The Frail, the normal version also has sprites for its head in all directions. However, it never uses the attack that uses the sprites. 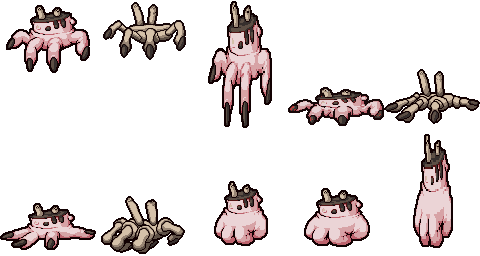 An alternate version of the dead hands exists without showing the skeleton. It is never shown in-game.

Audio tracks here are either obscured or completely unused.

An unused layer for the Dead Womb's track, 'Nativitate.' This implies that it was going to be a bigger floor. This track can be heard in the game's latest DLC, Repentance, via the Red Key or Blue Key.

An oddly unused ending to Hush's fight. It uses normal boss endings instead.