The Crew focuses on you exploring the very large map with your friends (your crew) in many different types of vehicles divided into 8 specifications (9 if you count Fullstock) like Street, Dirt, Performance, Raid, Circuit, Drift, Monster Truck and Drag.

The reasons for these cars' removal is unknown, but could be due to licensing issues or time constraints.

This car is seen in promotional images, in-game (in the salt flats Drag trial completion menu background) and even for a few seconds in the Wild Run launch trailer, but it cannot be bought or used.

An unused Audi logo was left in the game. This, along with some promotional images featuring the Audi TT, suggests that Audi pulled out at some point during development.

It seems like Land Rover was cut at an early stage of development as none of their cars appear in concept art nor promotional art. The only thing that remains in the game is their logo.

There is an unused monster truck arena found in the Wild Run Beta, but it appears to be untextured and only for testing purposes. It can be seen at 14:59 in the video below:

The Crew went through many updates throughout its life cycle, improving the game by a lot: a graphics revision, New HUD, new missions, cars, bikes, more specifications support, and lots of bug fixes (too many bug fixes). 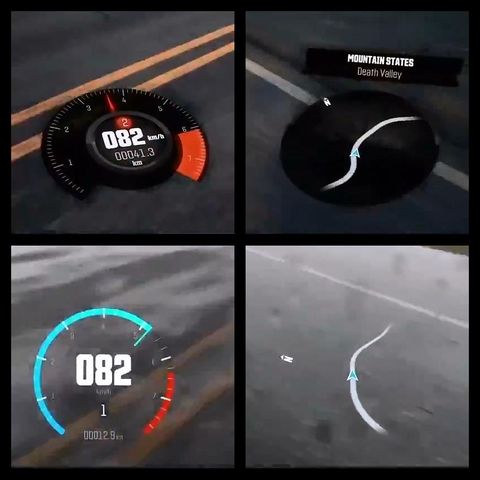 The Wild Run update included 3 new specifications (Drift, Monster Truck, Drag) and bikes but you had to buy the Wild Run Expansion pack to get access to them while the graphics revision, more specifications support for cars and bug fixes were released for free as an update.

There are also different title screens for each update.