The Flintstones: The Rescue of Dino and Hoppy

The Flintstones: The Rescue of Dino and Hoppy is an NES game featuring everyone's favorite modern stone-age family in a time travel journey to rescue their kidnapped pets. 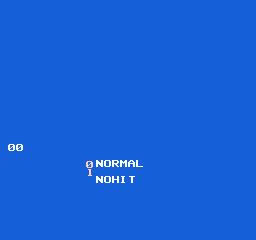 The game stores a sequence of button presses in memory at the title screen but jumps right over the code that checks them. To reactivate the routine, enter Game Genie code SKKALTIZ VEKAGTNA (SKKELVIX VEKEGTNA in the European version).

Alternatively, to jump straight to the debug menu, use Game Genie codes KKKALTIX VEKAGTNA (KSKELVIZ VEKEGTNA in the European version).

You'll then be presented with two options, NORMAL or NOHIT. NORMAL is the standard gameplay, while NOHIT enables some interesting features:

After selecting one of the two options, a number will appear, which acts as both a sound test and level selection. Press Up or Down to change the number, A to play the selected music or sound effect, B to stop it, or Start to start the game at the selected scene. 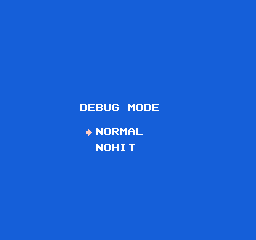 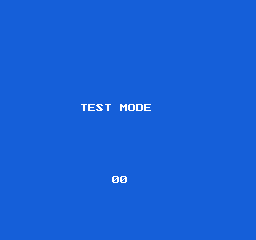 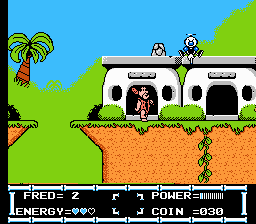 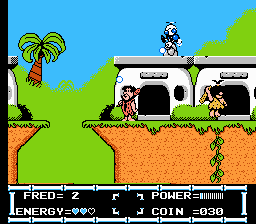 A variation of the enemies in the final stage that bounce around on springs. The difference is that this one hovers in the air in a swooping motion and fires a gun in three possible directions. It's fully coded and perfectly functional.

A number of unused sprites are present in the ROM, though none of them seem to be associated with any actual code anymore. A large number of these were removed from the Japanese release, including the dragon, fan blades and bolts, tilted logs, and the snail shell.

The staff roll has some differences between versions: