Not to be confused with The Getaway: High Speed II.

The Getaway is an open-world third-person shooter set in the city of London. The game features driving and gunning mechanics similarly to the then-recently released Grand Theft Auto III, but The Getaway differs itself from the average open-world game by using real licensed brands, and an extremely accurate rendition of central London.

Unfortunately, that also leads to the reason as to why some vehicles had to be cut: vehicle licensing issues.

In The Getaway, all the vehicles are of licensed brands and some of the manufacturers whose vehicles are featured didn't want to be associated with a game as violent as The Getaway. Because of that, 19 vehicles were cut or remain unused. BMW, Ford, Jaguar, Volkswagen and other manufacturers either decided against having their vehicles featured in the game or simply didn't make the cut. Most of these vehicles can be seen in several pre-release images and renders which were given out to review magazines prior to release and an early trailer prior to E3, suggesting that the E3 Demo build also featured them.

The PAL Demo build of the game in particular features earlier versions of some background music, different textures and two vehicles which never appeared in the final builds: a modified to avoid licensing red Jaguar XJ12 Sovereign and a Ford Fiesta Police Car.

In March 2013 RacingFreak successfully managed to find a method to spawn some of the removed cars, namely the ASTON, BMW3, BMW5, JEEP, MERC560, SKODA, XJ12 and the dumped version of XJ12MOD (PARKED2). This is followed by another major breakthrough achieved in January 2020 as he finally figured out a way to spawn the remaining cut vehicles that had been speculated for so long to be completely erased from the game data.

It is possible to spawn and drive some of these vehicles by swapping the basenames of already spawned vehicles in the mission scripts. The game can be emulated using PCSX2 and Cheat Engine can be used to edit in real-time the basename strings, which are very clearly visible as string values in the Memory Viewer. The easiest way is by searching the string 'Mark' and then 'MZ2' when in Free Roam. It is required to either kill the player in order to trigger the restart menu and reflect the changes done to the basename of the spawn vehicle or check the address as 'Active' in Cheat Engine and start Free Roam anew from the main menu:

The following table contains all vehicle basenames found in the game so far:

The following gallery contains screenshots only of the cut vehicles (that do not appear in-game at all or are limited to a cutscene such as CHARLIE) and all of their paintjobs:

The game has had several changes since its release, starting with the initial 1.03 European version.

This version has two key elements that are subject to censorship in later releases: A graphic cutscene of Johnny Chai's torture, and a British Telecommunications (BT) Ford Transit van, which still has full BT livery and Ford badge in the cutscene model.

Following the release of the game in Europe, due to the violent nature of the aforementioned cutscene, The Getaway was banned in Australia, thus forcing the developers to alter the camera angles of the scene, focusing more on the characters' facial expressions rather than the violence. The cutscene model of the BT Van was also re-textured, and the Ford badges were removed. This is known as the 1.1 European version of the game.

The 1.1 European version's release was then followed by a dispute with British Telecommunications. The latter had wished to have their identity taken out of the game completely, because in the in-game mission, the player was tasked with attacking another BT van, and BT didn't want attacks on their employees to be portrayed within the game. Following this, all following versions of the game have a plain light blueish van in the mission, and even the dialogue was altered to refer to it as just "a van" rather than "BT van".

Supposedly to make up the loss of content, an additional vehicle was added into the game, the "Venom GT Concept". This car is exclusive to PAL 2.03 and NTSC versions of the game: 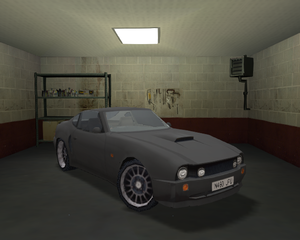 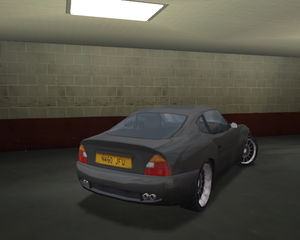 Another minor addition are short camera pans at the start of some missions. This is introduced with the PAL 2.03 version of the game.

Hidden inside the executables for the game are some developers expressing some frustration over making the game: