The Last of Us Remastered

A remaster of the widely-praised linear game about fighting through every zombified living being infected by a fungus.

To enable this, you'll need a jailbroken PS4, the exploitable firmwares are 7.55 and below. Just search, in an eboot.bin file with a version from v1.09 to 1.11, for 0x753A84C07436 and replace it with 0x753A84C07537. This enables the debug mode during the boot process, so applying the patch while the game's already running will have no effect.

An eboot.bin with normally inaccessible options added in place of the otherwise useless "Crash..." sub-menu can be found here.

After you enable the debug menu, you'll see the FPS text at the top-right of the screen. Press L3 + Touchpad Right to open the Dev Menu, L3 + Touchpad Left for the Quick Menu, or L3 + R3 for Debug Fly (player will need to be spawned in a level to use this). L3 & Triangle normally toggles debug rendering, but none of it's actually functional in the retail build, so it does nothing. Circle is also supposed to do something other than mark the selected option with a +, this is likely not fixable.

L3 + Triangle can instead be patched to toggle the FPS and Build text restoring functionality to both with this eboot.bin patch for 1.00 to 1.07:

The Dev Menu has a couple of changes between the PS3 and PS4 debug menus with the addition of Crash... and Rendering... submenus. These submenus would also be in the PS3 version, but they were stripped out before release 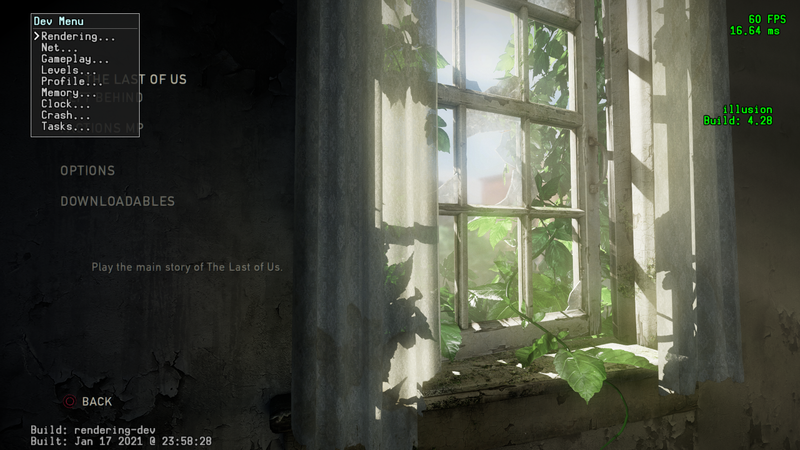 The Profile... and Net... Sub-menus are empty, but can be restored through methods not currently released to the community

Crash Options All Cause The Game To Crash, Astonishingly 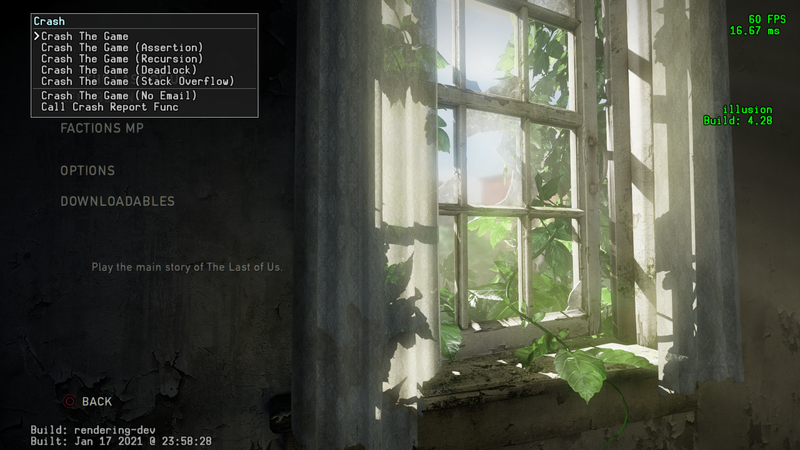 The Tasks submenu allows you to start from any specific part of either the story, or the Left Behind Add-on with a predetermined loadout, as well as choose whether or not to Keep Previous Inventory On Task Skip to bypass the preset loadouts 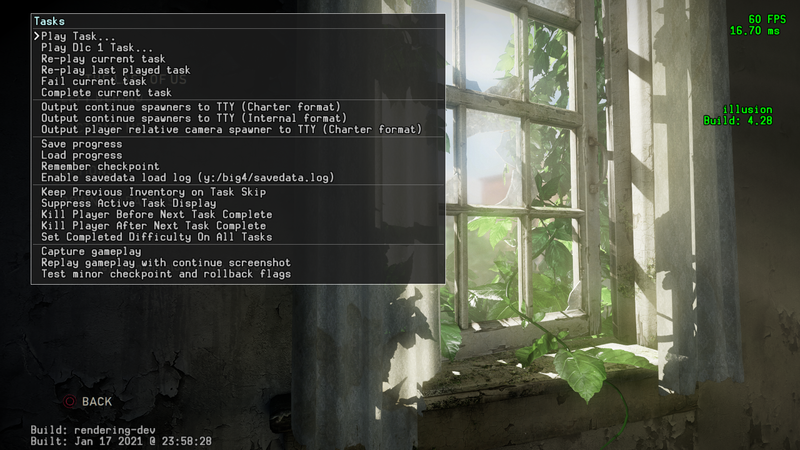 The default Rendering menu in the release eboot, most of the options do not show up. 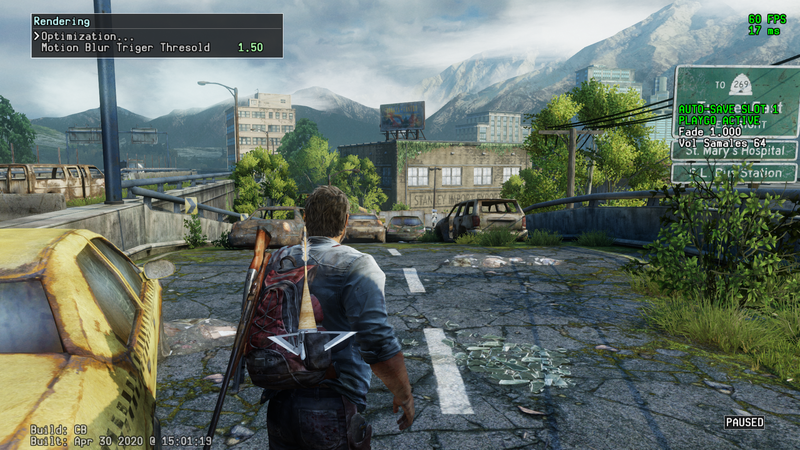 This option adds a minor shadow quality improvement with no framerate detriment in most environments. 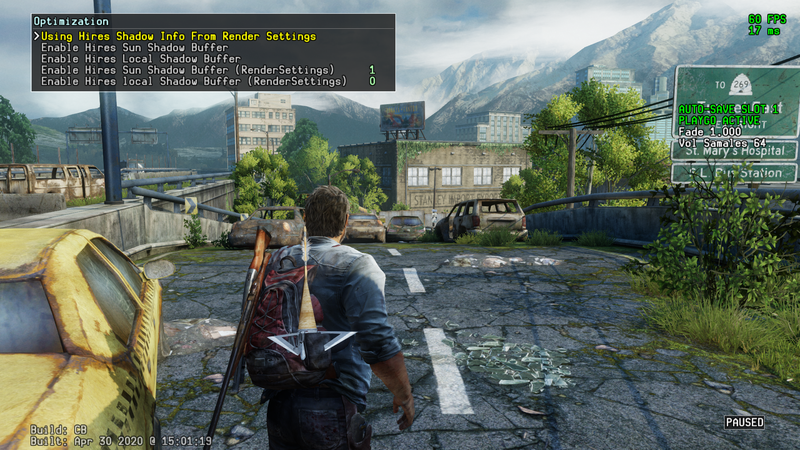 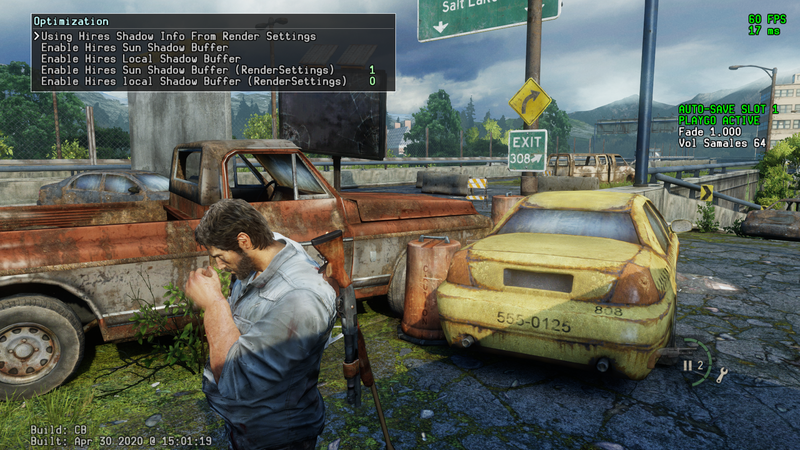 This is the rendering menu after it's had all of the options still in the executable restored. There are Plenty of non-functional options, but most of them still work. These options have been stripped completely from the Playstation 3 original.

This is clearly possible, but the methods are not currently released to the community. 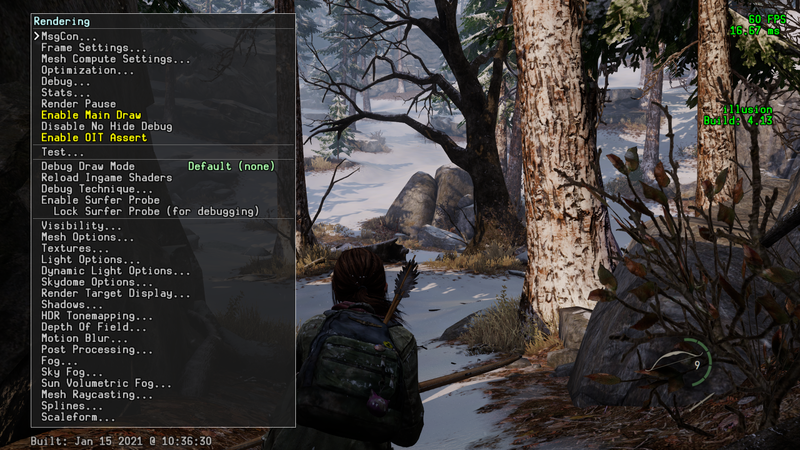 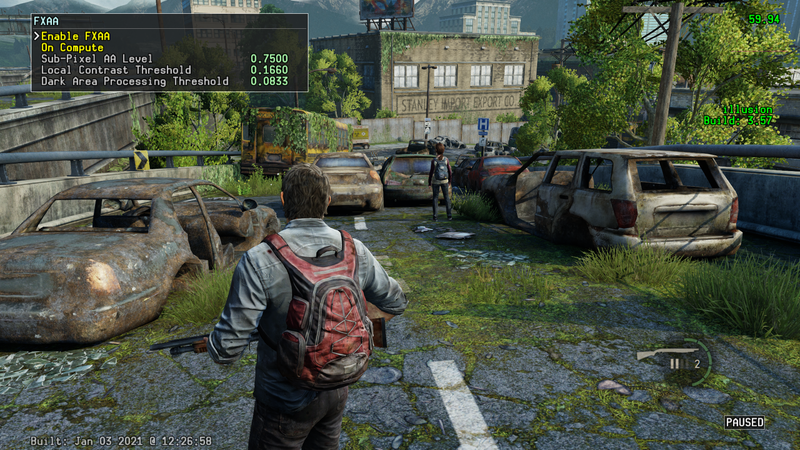 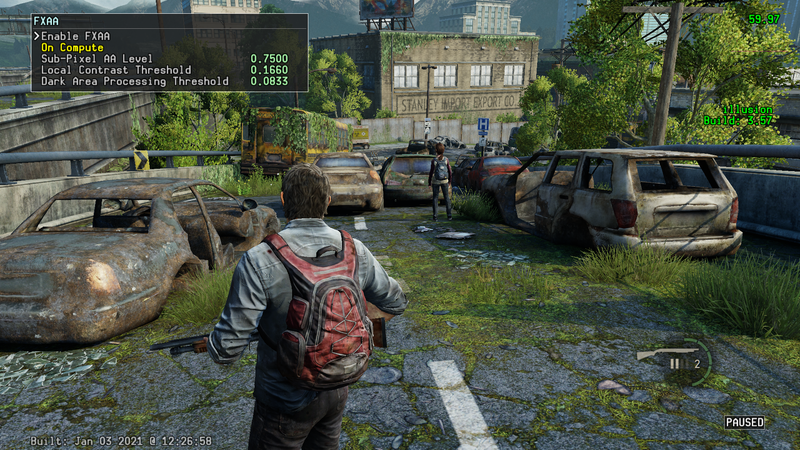 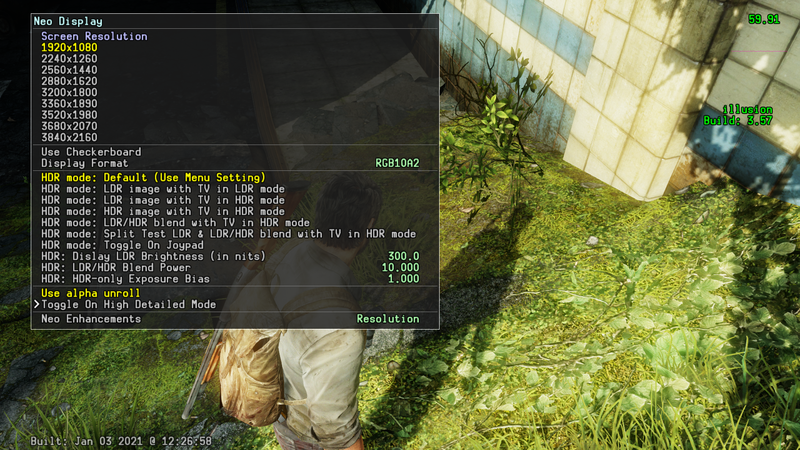 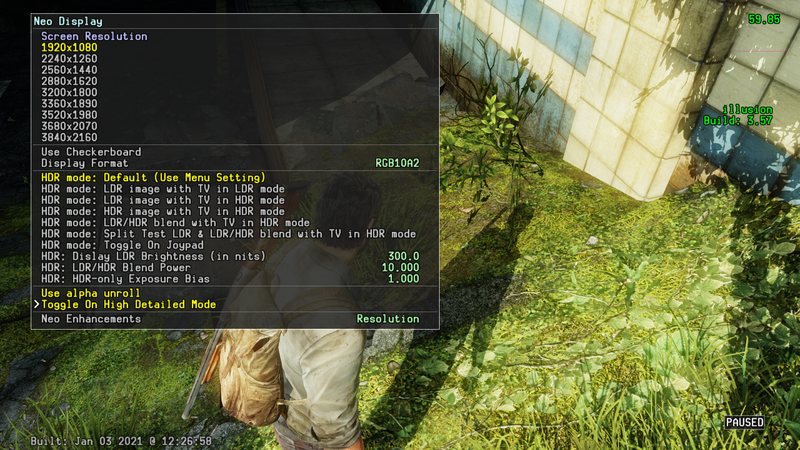 Enabling Checkerboard mode will cause corrupted graphics on a base PS4. 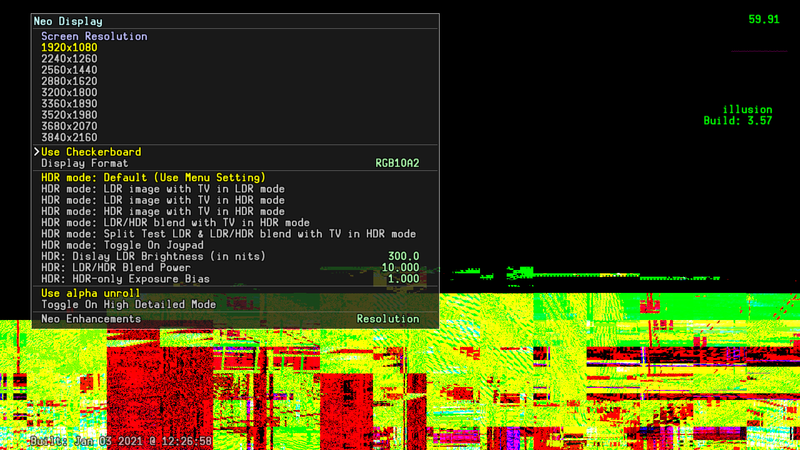 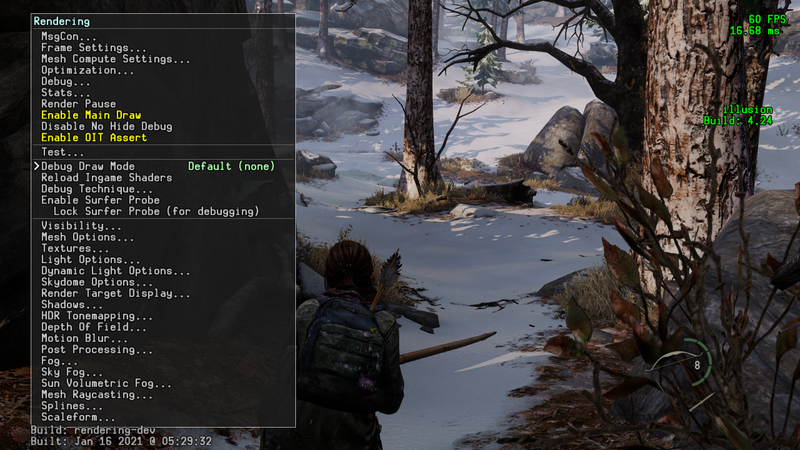 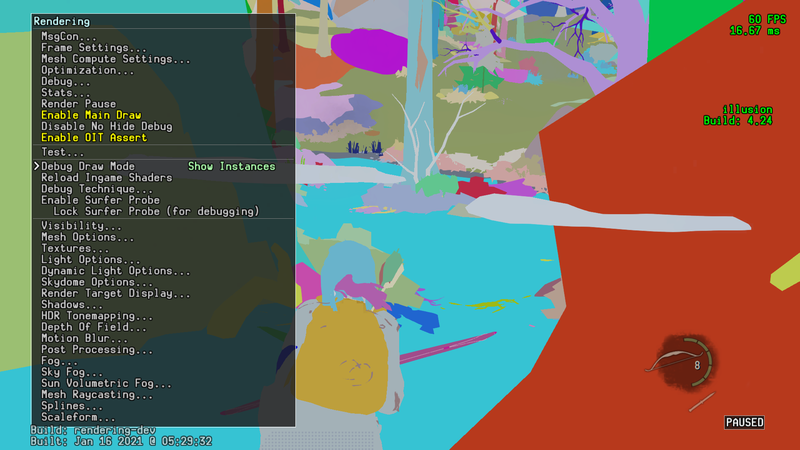 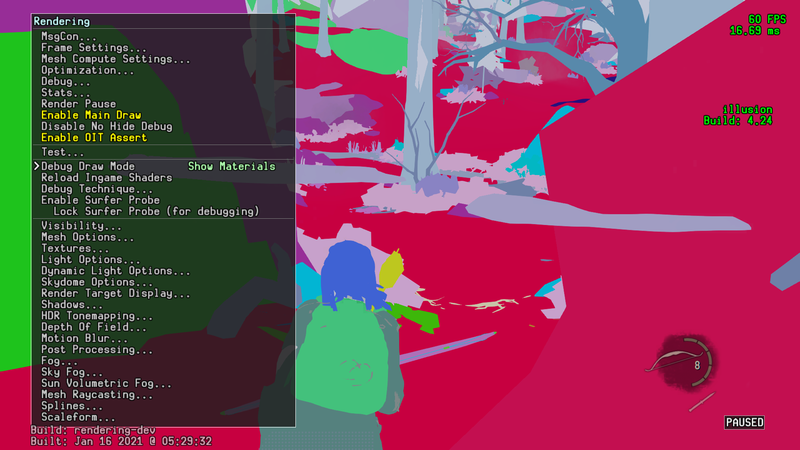 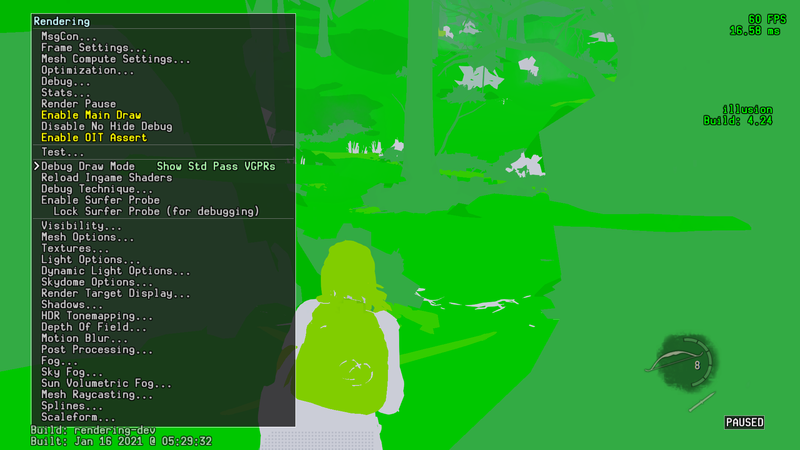 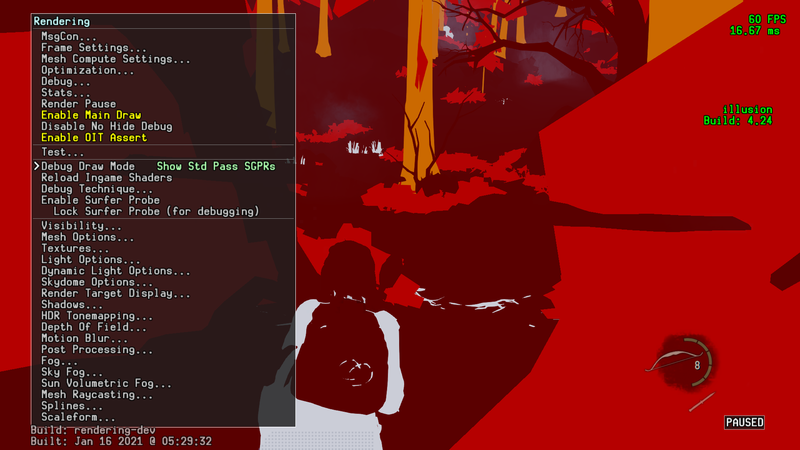 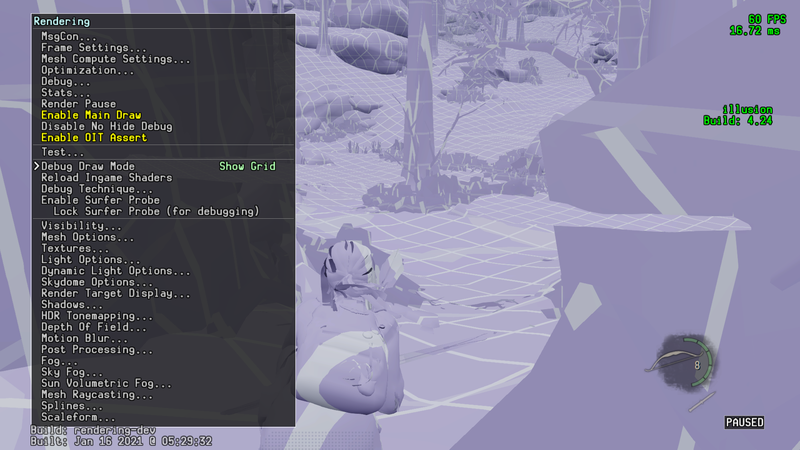 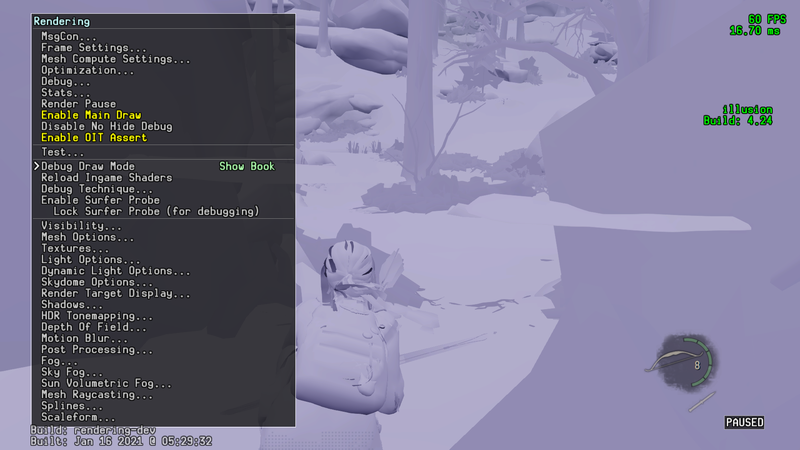 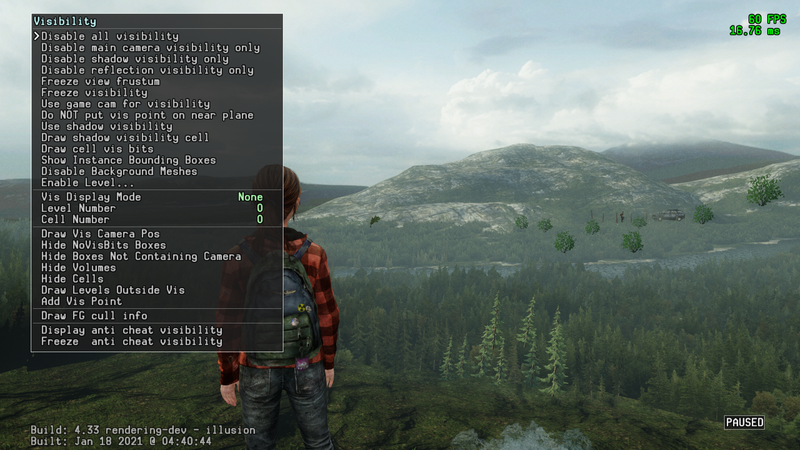 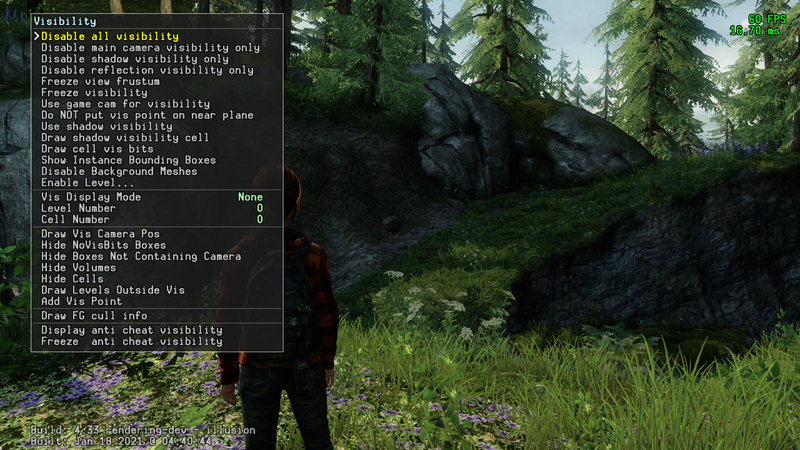 While the restored rendering menu isn't available to the community, this can be done publicly with the aforementioned patched executable available here. 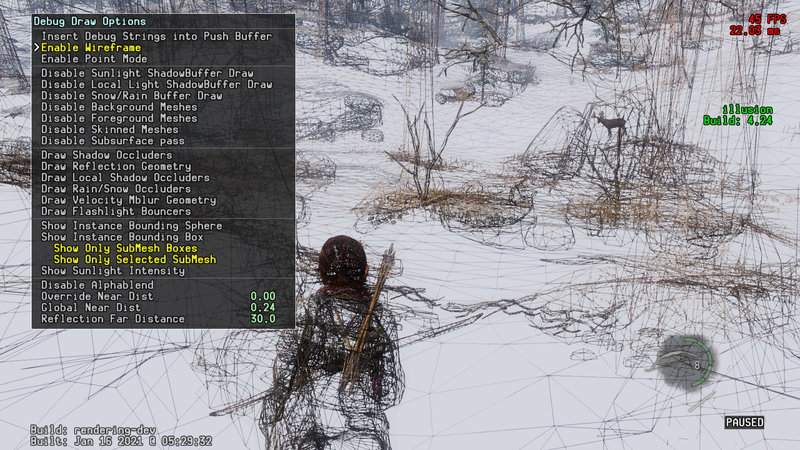 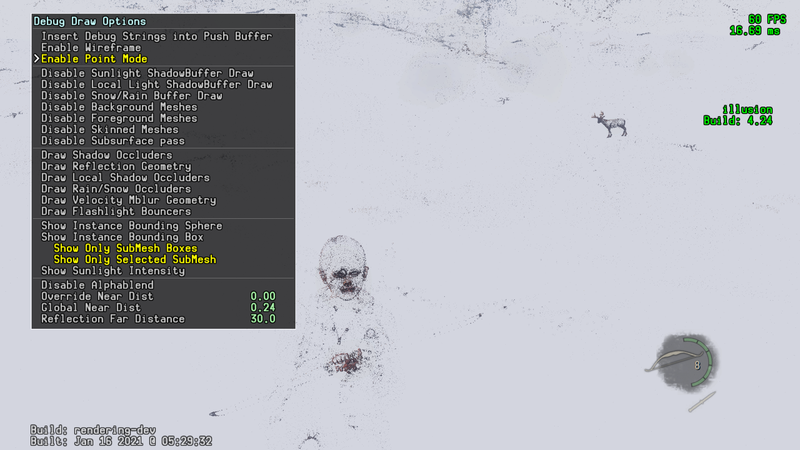 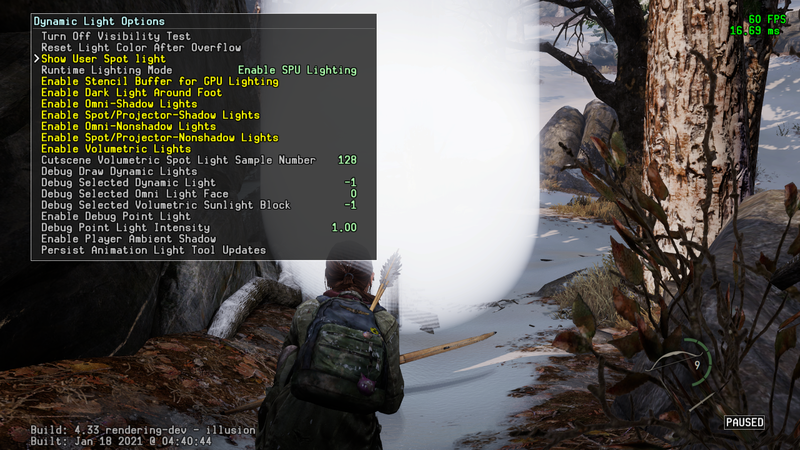