The Legend of Zelda: Ocarina of Time/Unused Scenes

Unreferenced scene setups are inaccessible via Map Select. This is because they are not referenced by the header command that the game uses to point to alternate scene setups. This leaves their data inaccessible through normal means.

Two unreferenced cutscene setups are hidden within the Spirit Temple. The setups contain an alternative version of Farore's portion of the Deku Tree creation cutscene.

Many of the actors are placed outside the map, as ???. For example, on the third floor, in the Adult side of the temple, doors are located west of where they are located in the final game, suggesting that the rooms were shifted east later on.

No doors are locked or otherwise barred. Perhaps Nintendo had not fully planned out how the player would complete the dungeon at this stage, or had simply not implemented barriers to make testing quicker.

Castle Courtyard contains an alternative scene setting without few differences, has no differences in player spawn or exits. The location on the world map is wrong and thinks it's in Hyrule Field.

Cutscene - Ganondorf Rides Through the Flames

Unused? Goes to the title screen...

There are three unreferenced scene and room setups, all of which seem to be identical. The number of setups and their positioning seem to suggest that they would be used for setups 1-3 (Child night, and Adult day, night). Unlike the other setups, the Link spawn variable is set such that Link will be visible and controllable. Most notably, all 3 setups successfully spawn a Flare Dancer.

Impa Escorts Link Out of the Castle

Link and Jabu-Jabu stare each other down. Jabu-Jabu opens his mouth to inhale, but nothing happens.

Camera pans to Jabu-Jabu from the mouth of the Ice Cavern.

There is an alternative scene setting. Several Player Spawns are coordinated with minor differences.

This unreferenced setup's header data indicates that it was once a normal gameplay setup, rather than a setup linked to a cutscene. 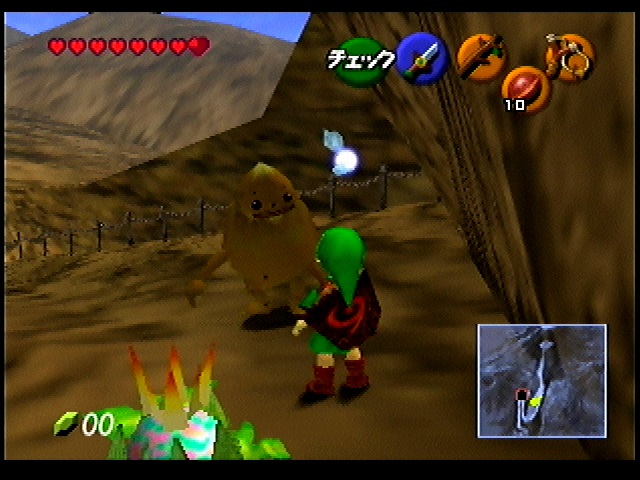 One configuration of the missed night version of the map scene can be found in the scene data. Apparently the sky is incomplete because it has not had a configuration of clouds. Some Player Spawns are coordinated differently and the map shows that the place is in Hyrule Field. Exits settings for inside the castle is different, you go to the inside of Ganon's Tower.

Retrieved from "https://tcrf.net/index.php?title=The_Legend_of_Zelda:_Ocarina_of_Time/Unused_Scenes&oldid=1083771"
Categories:
Cleanup > Articles for deletion
Cleanup > To do
Subpages