The Legend of Zelda: The Wind Waker/Alternate Scene Setups 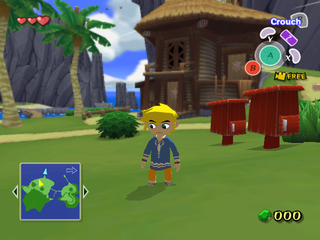 By using the Map Select, it's possible to play on Outset Island with a somewhat unique setup. There is an extra palm tree by Link's house, two mailboxes, a few jars, and several Keese flying near the suspension bridge at the top of the island.

It's possible that these objects were used for old cutscenes, or simply older remnants of a different object setup. The other islands don't seem to have any changes. 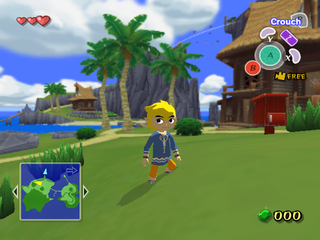 Like "（７）Ｒ２Ｃ実験", the only difference being that the suspension bridge is not present. Otherwise, it's like the final Outset Island.

It appears that the Big Octo stationed at Link's Oasis was meant to release a Great Fairy when defeated, just like the Big Octo at Two-Eye Reef does in the final game. The Great Fairy at Link's Oasis was pushed to actor layer 11, meaning that she is never loaded at any point. She would have given Link the same magic upgrade as the Great Fairy at Two-Eye Reef, suggesting that she was swapped out for the final 200 Rupee reward to put the magic upgrade somewhere more out of the way. 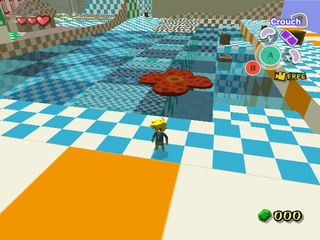 There is another alternate setup in the debug room, I_TestM. Tetra is present, as is a large red flower floating on water.