The Legend of Zelda: The Wind Waker/Unused Models

From The Cutting Room Floor
< The Legend of Zelda: The Wind Waker
Jump to navigation Jump to search
Other languages:
English

These models are either completely unused or just misplaced in a location where they're not seen. The models are listed by a proper name and are followed by their model name within the game.

This model appears to be the corner of a mural at first glance, but there are 16 material swap files for it. When the textures inside these material swaps are put together, a mural of people praying to the Triforce is revealed. This image is similar to a scene in the game's opening legend.

The fact that the mural is in 16 pieces may suggest that this was an early idea for the sliding puzzle, which in the final game is an optional mini-game found in Link's Oasis.

This is an archive file that holds various gameplay objects. While used, it contains some unused resources.

This little black stone is heavy like the huge rocks. This model uses the same texture as the other stone, but darker. 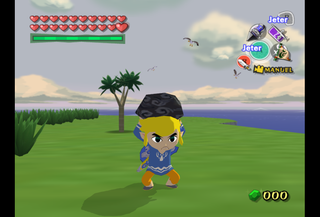 This is the archive file for Gohma. While used, it contains some unused resources.

Gohma's unarmored form also features textures for an early version of the boss's exoskeleton. For some reason, the early textures are actually more detailed than the final ones.

This is the archive file for the cutscene in which Link meets Jabun. While used, it contains some unused resources.

As this model's name implies, it's a rough version of Jabun's final model. It lacks eyes and a proper mouth.

Unlike this early version, the Jabun that appears in the final game doesn't have a tail. It's possible that the appendage was excluded in order to reduce his model's file size, since the opaque water of the released game would have hidden it from sight. However, since the Amos_T test room has translucent water, it's likely that this dummy model was created at a time when this water was in use.

Only one animation exists for this model: jblob_swim.bck. It's just what it sounds like: a swimming animation. Where this animation would be used is unknown. (Especially since it looks like it's underwater.)

This is the archive file for the cutscene in which Link travels to Hyrule for the first time. While used, it contains some unused resources. 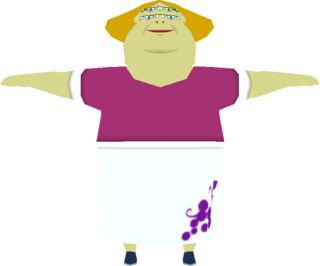 In the final version of the game, Rose never leaves Outset Island, so it's a mystery why a copy of her model is included in a cutscene that doesn't take place anywhere near her home.

While Rose's model may have been misplaced, there is some evidence that her inclusion in this archive is more than an accident. Demo20.arc also contains two animations for the character (a BCK and a BTP file), which are copies of the Rose animations in Demo5.arc, the archive file for the "Leaving Outset Island" cutscene. Rose's model and these animation files can also be found in Demo45.arc, the archive file for the cutscene in which the King of Red Lions talks to Valoo before he, Link, and Tetra travel to Hyrule for the second time.

This is the archive file for the cutscene in which Link and Tetra travel to Hyrule. While used, it contains some unused resources. 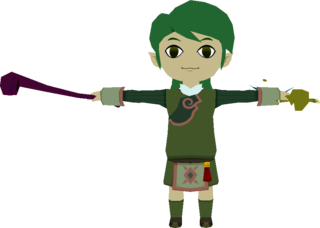 This model is an older version of Fado. It is strange for a version of the character to be located in Demo45.arc, as Link hasn't even met the Sage of Wind by the point in the story at which this cutscene is triggered.

This incarnation of Fado differs from his final appearance in that he bears a much stronger resemblance to Saria: his hair is green, his eyes are open, and his sleeves are more reminiscent of his sister sage from Ocarina of Time.

A comparison of the early and final models' main textures reveals that there is only one difference between them: a square in the top-center that has become lighter. As such, the sleeve design used by Fado's early model goes unused in the final.

While the animated texture (BTP) files attached to the model no longer function correctly, there are textures for blinking, looking left, and looking right. There are placeholder textures where one would expect to find his other eye and mouth textures, suggesting that there was still work to be done on this model at the time it was cut. 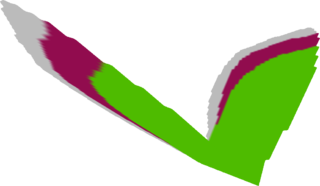 This is the archive file for the fireflies. While used, it contains some unused resources.

This firefly features textures that resemble those of the unused bird. This model is accompanied by current models of fireflies.

A head with glasses, quite possibly the strangest unused model in the game. Delirium, programmers?

This is the archive file for an unused forest model.

A model consisting of tree stumps centered around a complete tree. What it could have been used for is anyone's guess.

This unused object consists of a layer of invisible water that allows you to see Link's swimming animation. Every object that interacts with water can also interact with this one, such as the King of Red Lions and Big Octos. The only exceptions are objects like Beedle's Ship Shop that use scripted paths.

The cheat codes below replace the grass clump objects, known as kusax21, with the unused water layer. 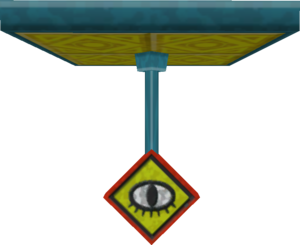 This is the archive file for an unused version of the eye platforms in the Tower of the Gods.

This is an earlier version of the eye platforms found in the Tower of the Gods. The design of the platform matches the style of a number of rooms that were cut from the dungeon. It was probably scrapped when the tower was redesigned. However, this platform is still spawned in one of the test rooms. 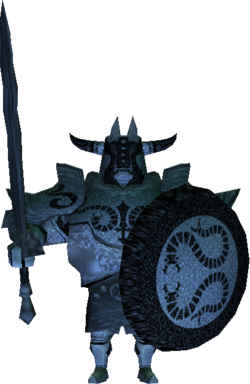 This is the archive file for an unused Darknut statue.

This Darknut statue sparks when struck with the sword. The following codes will load it in place of postboxes:

This is the archive file for Tetra's pirate ship. While used, it contains some unseen resources.

The Pirate Ship has a bottom which is partially obscured by the Great Sea. 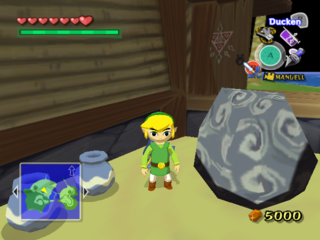 This is the archive file for a small, unused rock.

This uniquely-textured stone is a bit taller and much wider than Link, but seems tiny in comparison to other rocks, such as the Head Stones.

The fact that its model uses the .bmd format instead of the more common .bdl suggests that it was created early in development. There is no mention of the stone in the game's executable file, and it doesn't appear to be loadable via the regular methods of actor replacement. The most reliable way to see the rock in-game is to swap its model file with that of another object that uses the same .bmd format.

There is a model called krock_00.bdl found in the Always.arc archive, which features both the newer model format and more conventional textures.

This is the archive file for a colourful unused bird.

This little bird cannot be found in normal maps, but does appear to be mostly working in-game. It flies and lands on Link's head, albeit improperly. It is loaded in one of the test levels. The codes below will replace seagulls with this bird: 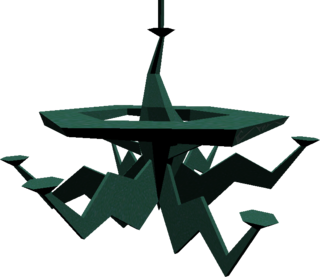 This is the archive file for an unused chandelier that appeared in the Spaceworld 2001 trailer.

This chandelier was used in the SpaceWorld 2001 trailer, during the scene where several Moblins are chasing Link. It features two animations: syan.bck and syan2.bck. It doesn't have any collision files associated with it, so it isn't possible to land on or hang off it like Link does in the trailer. It is loaded in one of the test levels, though scaled down significantly in size. The codes below will replace postboxes with this chandelier:

This is the stage file for an unused area called Knuckle's Art Studio. It would have originally been part of Tingle Tower.

This model is an older version of the game's skybox. It is seen in a multitude of pre-release screenshots, suggesting that it was cut rather late in development.

This is the archive file for the title screen. While used, it contains some unused resources. 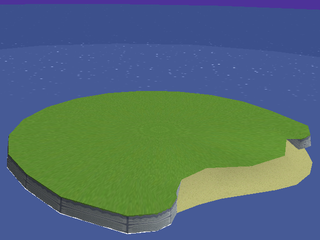 The archive Title.arc also contains a little object named "model.bmd" which is nothing more than an isle. It is to be mentioned that this isle is not a level and cannot be found in the Stage folder.

Judging by the symbol plastered across it, this gate and waterfall were meant to appear in the Tower of the Gods. The second half of that dungeon is blocked off with waterfalls until a puzzle is solved in the final game, so it seems likely this gate was an earlier version of those. The archive containing this object is called Wfall.arc.

This cube is used in testing areas.

Like the cube, the cylinder is used in testing areas.

A very early Poe model. Most of the model is missing textures. Only the face and hands have textures and, for some reason, the hands use the same texture as the face. This model has at least one animation called "wait.bck". As can be expected, the animation makes the Poe model hover in place, as if it is waiting. The animation can be seen in the video below. 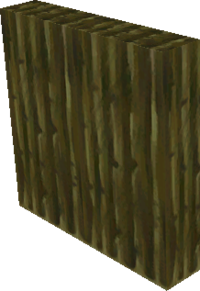 This is the stage file for an unused test map called I_TestM.

This model of a wooden door was found in the Stage.arc of I_TestM, the older of two copies of a test room. It seems to have been a placeholder for the unique dungeon doors found in the final game.

The cheat codes below will replace post boxes with those.

(Source: CosmoCortney)
Retrieved from "https://tcrf.net/index.php?title=The_Legend_of_Zelda:_The_Wind_Waker/Unused_Models&oldid=703517"
Categories:
Cleanup > To do
Subpages