An educational game based on the Disney movie. 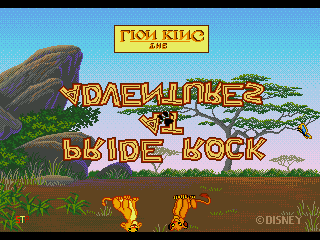 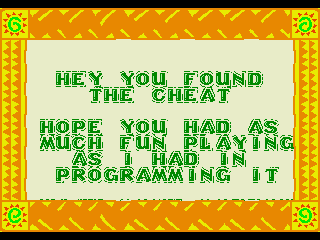 In particular, this code also requires bits 5 and 6 to be set in the I/O address 00800003. It's unknown what input these correspond to, how they are activated in hardware (presumably by default, since they are required to show the credits text), and no emulator supports setting these bits without patching. For example, PicoDrive can be patched to allow setting these bits with key z.

The following table contains the input sequence for this code. It assumes a button named Set bits 5 and 6 is pressed and released at the beginning, but not held down. All remaining buttons must be held down in the correct order.

Alternatively, the cheat can be activated by applying the following patch (US version):