The Sensha is a tank action game where World War II tanks appear to fire laser beams for no reason. 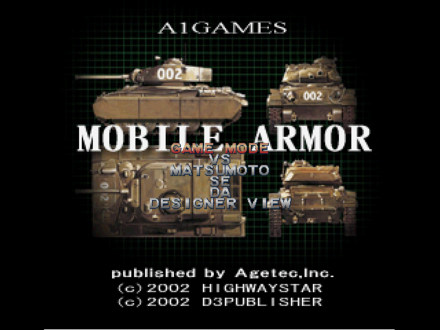 Use the following code (or set 0x0C to RAM address 0x9F80002E) to display a debug menu after the Highwaystar logo. 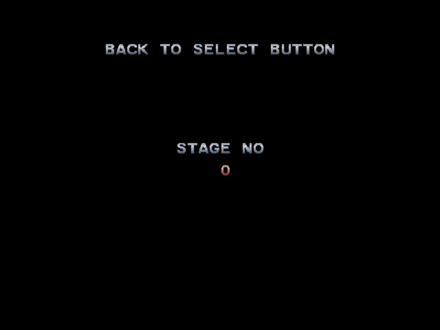 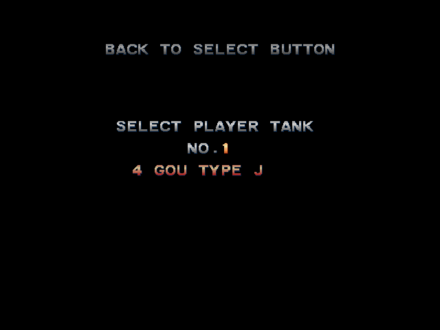 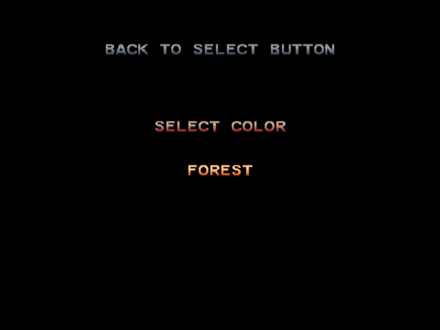 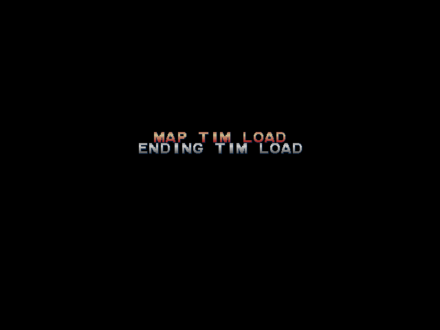 It seems to debug display some images, however, it crashes the game after selecting the menu. 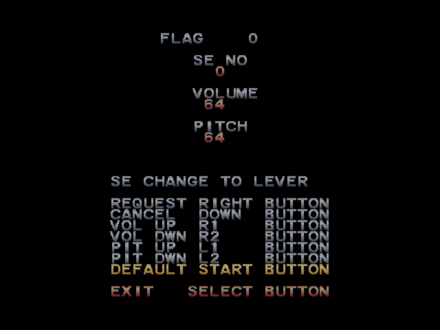 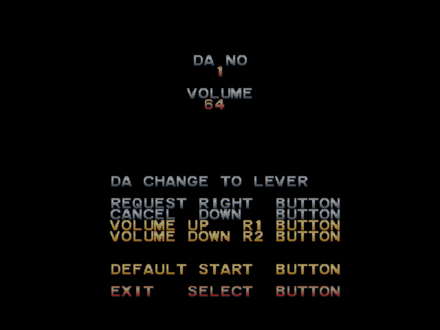 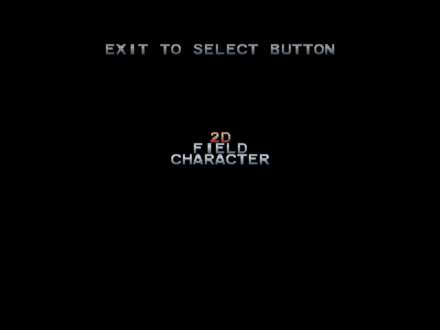 Present in DA\DUMMY.WAV is an arrangement of the original Kamen Rider opening theme. This originated from Kamen Rider: The Bike Race and was unused there.