The handheld version of The Sims 2: Castaway spinoff, where your Sim gets washed ashore on an uninhabited island and you have to learn how to survive.

There's a bunch of hidden options that were used by the developers. Some of them are left over and meant for the home console version, meaning while they can be enabled in this version, they won't have any effect whatsoever. Or at the very least, be severely broken. A complete set of developer options available within the game can be found on the notes page. The codes below work for both the EU and NA region releases. 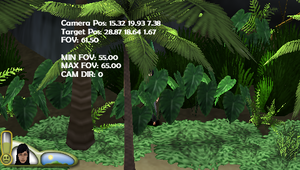 Camera information on the screen

Shows a debug display on the screen listing the current camera offset, its target offset, FOV, and whether or not Camera Director is active. 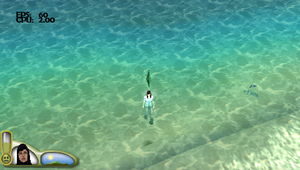 FPS and CPU stats in the top left corner

Used to display the fps and cpu.

A slightly broken option that displays the hardware usage. At first it's only visible during loading screens and popup messages, but will eventually show up during gameplay as well. 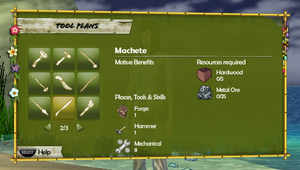 All plans available & no crafting requirements

If enabled all plans are visible

This option is for some reason listed twice. It seems to work with only the 1st line active, but just to be safe, both codes have been written down here. 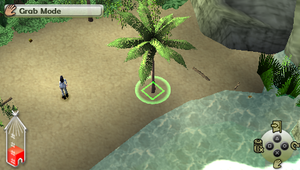 If enabled all objects can be moved 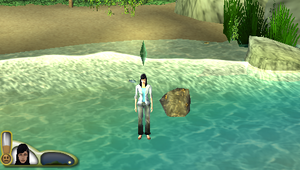 Since the previous Sims games lots were flat, this option had to be introduced to work around that "limitation." Disabling it will turn the world flat again. 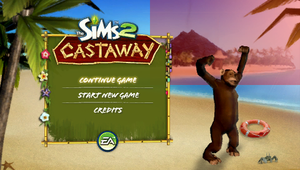 "Text Boundaries" on the main menu 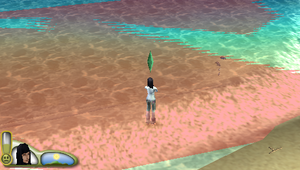 One of the barely functioning leftovers. Instead of highlighting the overscan region, it highlights random sections of the screen... Or the whole sea!

Enable all lots for transport on pause menu map

If enabled the intro and maxis logo movies won't be played

This option is enabled by default. Disabling it disables the typical wall fading seen when inside buildings.

This option disables the shower curtain that obscures a Sim while it changes before and after having a shower.

audiostr.arc has leftover music from the previous two home console games - The Sims 2 and The Sims 2: Pets.

The graphic used for the games icons in the XMB is different for the European and North American releases.