The Sims 2: Pets on the PSP is a much more limited version of the console release, which was already somewhat limited as it is.

There are a few debug options that overlay various information for the developers on the screen. It is not recommended to have both Latency and Framerate enabled at once. 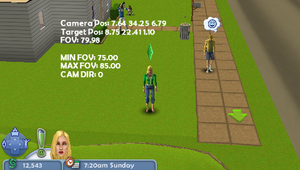 Displays information about the camera position, its target position and the FOV. 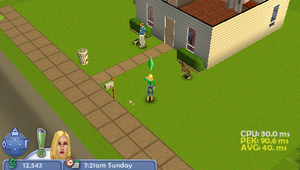 Displays CPU latency in milliseconds, as well as the peak and average amount in the lower-right corner. 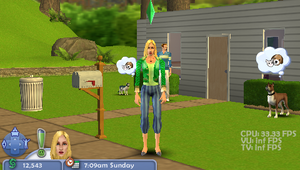 Displays the CPU FPS which seems to jump back and forth between 25.00 and 33.33, as well as VU and TV which seems to always display inf or -inf depending on how it's loaded in the lower-right corner.

French Logo in the Asian Release

The Asian release (ULAS-42085), which includes all of the languages present in the European release along with Chinese, has an oversight where if you try to play it in French, it incorrectly loads the Japanese logo instead, with all of the French text.

Another thing to note is how "compressed" the Japanese logo looks, which is also visible in the actual Japanese release (ULJM-05212) as well. 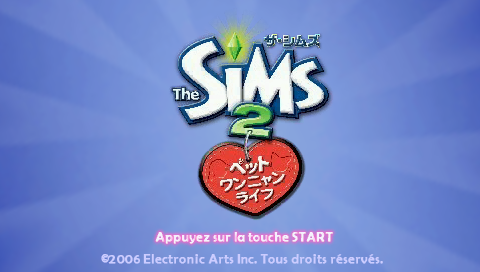