The SpongeBob SquarePants Movie is the fourth of AWE Games' many SpongeBob PC games. It is completely different than its console counterpart, being a point and click adventure rather than a 3D platformer. 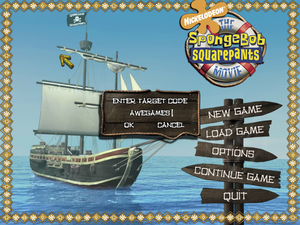 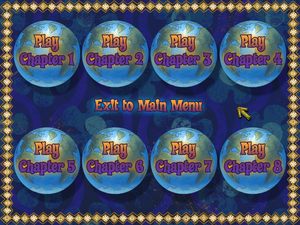 Press F12 and type in "AWEGAMES". Then click on the ship. A chapter selection screen will appear. 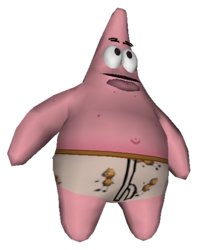 Patrick's model has Goofy Goober underpants, but it's always hidden under his shorts. It's possible to see it via bugs and glitches. 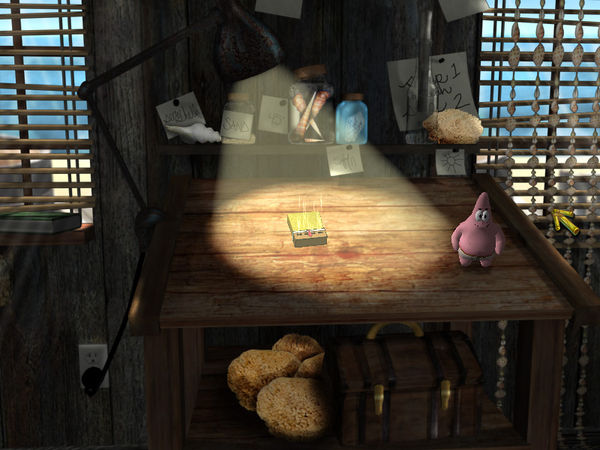 They can also be seen if you delete the files for Patrick's pants.

This Excel worksheet, located in "THQ\Nick Games\SpongeBob SquarePants\The Movie\Dialogue", contains the stage directions and listing of every line in the game. The author is listed as Scott Nixon.

There are two unused fonts within the game, both named "tiki". Where these would have been used is unknown.

This font is similar to the one used in the “SquarePants” part of the logo.

As its name implies, it's some sort of audio file for sound testing.