The Teletransport Smurf is a rather obscure DOS game where you have to save Smurfette from Gargamel (again) with the most condescending version of Papa Smurf ever known guiding you along the way. It also features an intro partially reused from The Smurfs (Sega CD), only this time with voices.

In the English folder S05A (which contains the title screen assets), a file called DESCRIPT.ION contains the following text:

There's also a notice for some menu items.

S40A.dat contains a quick message regarding the quiz format. This also exists in the French folder (without the final note of course).

Like mentioned above, there is an unused intro for the game. This one is the same one seen in the CD-i version, which itself is pretty much the same as the one used here. The only difference is that this one includes Philips Interactive Media France just before the logo pops up. 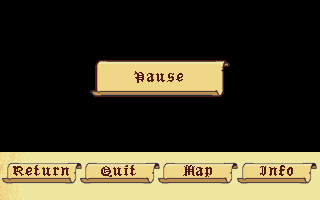 In the French folder for S48A, there is an image file named _COPIE_. It contains a copy (needless to say, really) of the pause screen screenshot. But the game never uses either of these screens anyway, since the screens are loaded with a different file. There is a minor difference between these screenshots and the final version of the pause menu - the lines around the 'Pause' scroll are brown in the screenshots compared to black in the final, and the text is a little more spaced out. The space between Pause and the other options is also smaller, so overlaying with a screenshot from the game results in the Pause scroll being too low. 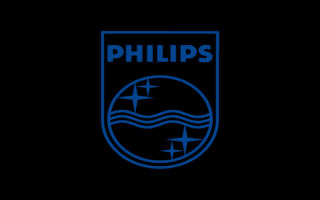 Also in the French folder is the Philips logo.

In the French folder S27C is an audio file labelled TEST. It is a near identical copy of S27CD01M (where Papa Smurf congratulates you for getting the rainbow flower seeds), only one second longer.

In the French S15 folders, nearly every subfolder contains a file labelled 'TEST'. It contains a copy of the sound made when a Smurf falls through a trap.

In English folder S38/S38B, there is a file titled S38B001. The file is an alternate version of E38BCPLT, where Brainy Smurf tells you that you're in the wrong place. The latter version of the file fits the cutscene, whereas the former delays too long (but is closer filename-wise to the other files found throughout the game.

In French subfolders S39/S39E and S39C, there are near-duplicated sound effects for the second sound labelled TEST. The only difference is that TEST starts sooner on both occasions.

In French subfolder S39/S39B, the file labelled TEST is a slightly shorter version of S39B_1, the sound effect used when the bird crashes into the screen.

In the French folder S33A, there is a subfolder labelled 'OLD'. Inside are three unused sounds for this part of the game. The first, S33A001B, is a blank file that lasts for a second, but the other two are intact.

S33A004B sounds like a cymbal crash. The game uses an ominous noise instead.

In the main English and French directories there is another DESCRIPT.ION file. This contains a quick reference to all the levels and areas found in the game, and what folder the assets can be found in. These exact names are not shown in-game, though some levels have portions of the name mentioned (such as the Mine being referred to as Disused by the Wishing Well).

A few of these titles differ slightly from the titles shown in the manual:

There are also a few changes between the French and English lists. They are:

In the English game, s03 (Info Screen) does not exist at all. s52 contains only the credits list, whereas the French folders contain much more data (used between both versions).

There are two files for credits. The one which the game uses omits this name and Philips (again) under the 'present' subtitle:

In the French folder for the credits, there are three files - S52D2.OLD, S52D2.PFN and S52D2--.PFN. Of these, only S52D2.PFN is used, despite S52D2--.PFN being more recent. If swapped around, the credits will lag and the song will constantly repeat after about 2 seconds. Headers will appear normally, but other text appears garbled. S52D2.OLD is a duplicate of the used file.

In the files for the Mine, there's a very short video that doesn't get used. It shows the first screen for a couple of seconds, before fading out to reveal the second screen which lasts for around 1-2 frames before also fading out.