The PS1 version of Tiger Woods 99 PGA Tour Golf is your typical golf simulator... that's what they want you to think, anyway. 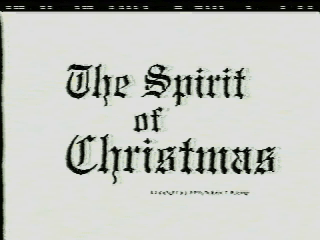 Present on the first 100,000 copies of the disc is the file ZZDUMMY.DAT, which is a QuickTime movie containing the uncensored version of the 1995 animated short film The Spirit of Christmas (also known as Jesus vs. Santa), which later became a pilot episode of sorts for the TV series South Park. The episode was apparently sneaked onto the disc by someone at EA, and according to the metadata, it was converted four days before being added to the disc.

EA recalled these copies of the game a few months after it was released, calling the episode "objectionable to consumers". The PC version does not contain this file.

This incident would cause EA to be more cautious about unused content being left behind in their games according to this comment from Simon Mills, the lead programmer of James Bond 007: NightFire.