This is a sub-page of Titenic.

In the Super New Year Cart 15-in-1 and Z-Dog revisions of the game, all mentions of the main theme of the original game are disabled; although all Titenic content is still in the ROM complete and fully functional. 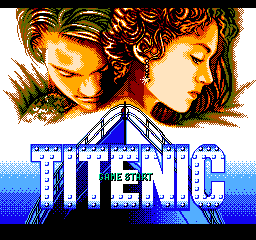 When playing the game on the Super New Year Cart 15-in-1, you'll notice the game starts right away on the first level. Obviously it skips the title screen. Only a two-byte patch is needed to return it back and working: GEUPGEGK+LEVPZPPE.

The game also contains cutscenes that are redone later for Harry's Legend. In this game, cutscenes are split to two parts. The first part is some kind of intro, it uses two first cutscene screens, scrolling from the left and from the right accordingly before the first level starts. The intro can be re-enabled fully functional with just one code: GEXEYXGK.

The rest of cutscene screens correspond to every level and are shown after you beat them, but they are lazy disabled too and can be re-enabled with one code: ITKATAAT. 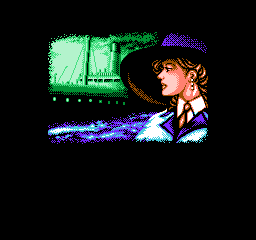 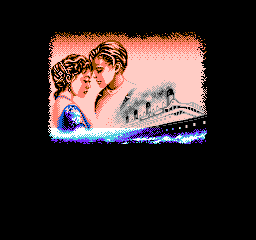 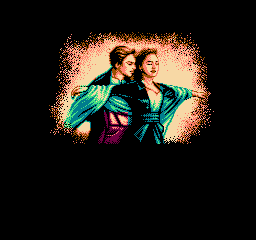 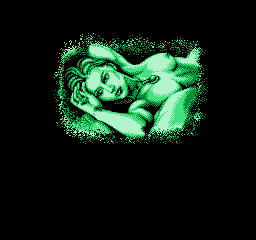 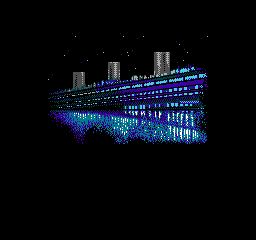 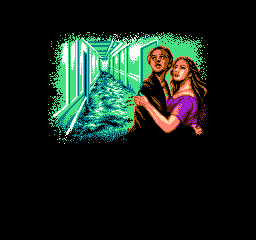 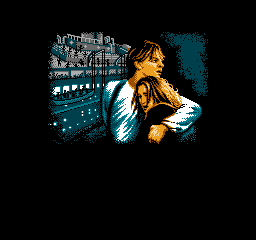