ToeJam & Earl in Panic on Funkotron

Enter !ME9ACHEAT! as a password. While a bogus password message will appear, this will enable a few debug functions during gameplay: 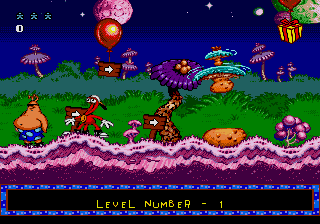 Pause, then once the "Game Paused" text appears, hold Down + Left, and press A. Press Up and Down to choose a level, and A to go there. Level 18 is the ending, and the ending that appears can be toggled by adding 1, 2, or 3 to the end of the above-mentioned password.

Pause, then once the "Game Paused" text appears, hold Up + Right, and press A. Use the D-Pad to move ToeJam/Earl around and press A to place.

Each password here activates one of the in-game Cheats otherwise accessible in Trixie's Rooms. As against Trixie's Cheats, all of these are permanent during the game. Also note, all passwords here upon entering displays the "BOGUS PASSWORD" message, however they all trigger the corresponding features instantly.

There are 13 Cheats in this game, 11 of them may be obtained during the game without cheating, but they are not kept between levels. Using passwords you may activate all 13 at once or at least 8 of them separately for the rest of the game. There are no more other secret effects here.

Enter one of the passwords below to view the corresponding message:

The passwords TJ, T0EJAM and EARL activate the credits of the game.