Antinomy of Common Flowers is the 15.5th game in the long-running Touhou Project series. It deals with the Perfect Possession incident (i.e. the tag team mechanic), caused by a god of wasting money and a god of poverty exploiting the Urban Legend Incident of Touhou Shinpiroku ~ Urban Legend in Limbo. It also features the Dream World leaking into the real world as a side effect.

Notable for being the first game on the series to receive an official English translation. But it's terrible. 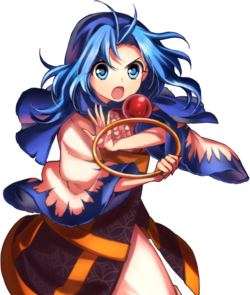 Has a portrait not used anywhere in Story or Versus Mode. 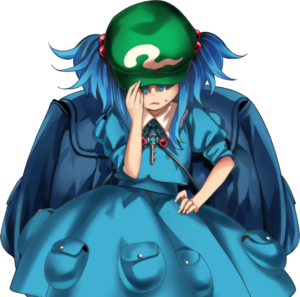 Has a portrait not used anywhere in Story or Versus Mode.

Has two rough sprite animations, made using 3D models which were then drawn over for the final sprites.

Her unique intro animation when paired with Doremy Sweet.

Her special intro with Koishi.

A part of her special intro with Koishi. 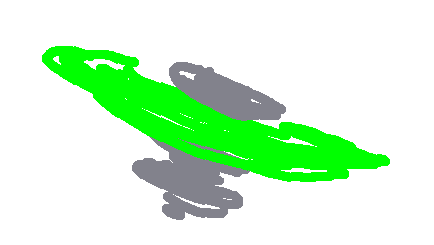 Has only one rough animation of her Air Attack Forward.

Jo'on, the final boss, has more unused sprites than possibly any other Touhou character in any other game!

It should be noted that the reason that Jo'on's coat appears bright green and her flame aura shades of red in her sprites is due to the fact that her scrolling jacket and flame patterns are actually separate textures overlaid over those specific parts of the sprite. Ichirin, Miko, and Sumireko have similar situations for their sprites.

An animation of Jo'on's flames being pale yellow and more jagged than normal. She herself does not animate.

Last Word: Extortioner of the 80's

These animations of Jo'on swinging her purse around and of dancing with her fans have no finished equivalent.

The other half of the final boss, Shion, has a few unused sprites where her eyes glow red/orange.