Night of the Quinkan is the third and final entry in the main Ty the Tasmanian Tiger trilogy where Ty and friends team up with Boss Cass to defeat the Quinkan army.

enables a handful of debugging functions during gameplay, described below.

Alternatively, if playing on the "R3575_V0.15" build on Windows, create a shortcut to "TY3.exe" and at the end of the target field, enter in "tydev" and run the shortcut afterwards. Debug Mode will also be enabled this way. 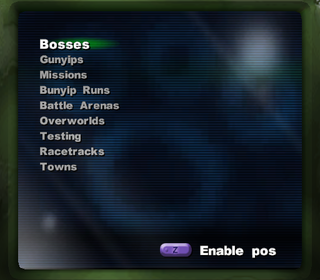 Pause the game, select Exit, then select Change Level to access a level select allowing access to any area in the game. 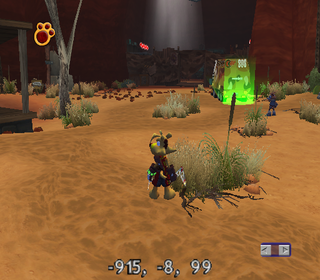 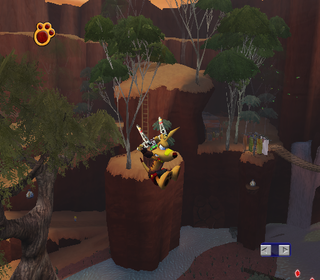 Three testing levels can be accessed by using the aforementioned level select.

A very large test map used to test many different aspects of the game.

A test map that takes place in Karlos' arena. Since the spawn point is underneath the map, a moon jump code

is needed in order to explore it.

A small plus shaped map. 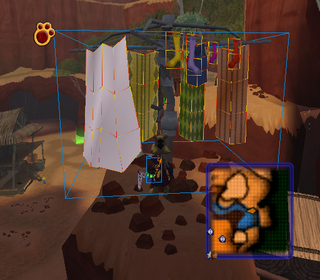 will draw boxes around objects that use cloth physics such as Ty's scarf. 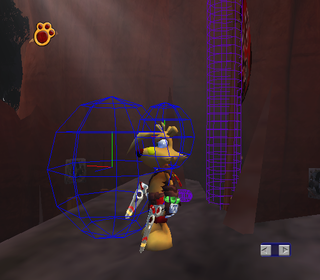 will draw a couple of blue spheres around Ty and purple cylinders around his tail certain objects. The blue spheres will flash red whenever Ty is moving. It's unknown what they're for. 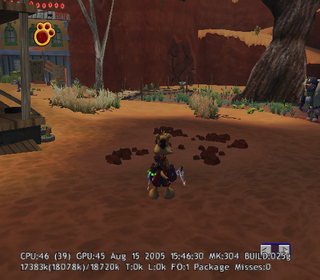 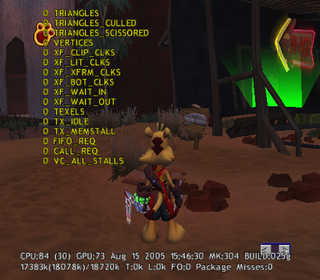 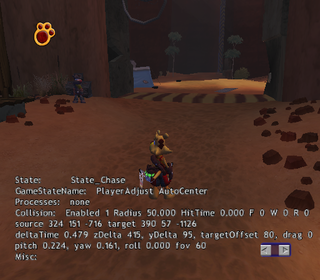 will display some camera info.

Just like in Ty 2, Ty's gloves in the pause menu are fully modeled but it's only possible to see his thumbs by enabling the widescreen option. 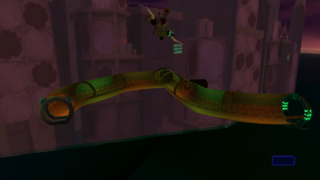 Somewhere behind the buildings in Cassopolis has a duplicate of an already existent entrance/exit pipe sans the door shutters. It can be entered using the debug code and moon jump Action Replay codes.

The build date is not present in the Xbox version.