So named because it continues with the plot and engine used in Ultima VII: The Black Gate, the Avatar and their friends venture outside of Britannia for the first time since the first trilogy to stop The Guardian's bid for power. As ambitious as it is horrifically rushed. Watch in awe as features are cut right before your very eyes!

They may have been thinking of having you be able to talk to the banes while they were imprisoned in the sword.

Looks like there was going to be a wisp in the game at some point.

There are two copies of this in FACES.VGA, at 259 and 260. There is no corresponding Npc type, however.

You can see this portrait by talking to Npc 260 (Buster the dog) after failing the copy protection questions. This is due to the fact that the routine for the gibberish dialogue uses the Npc number to choose the portrait, which is not a correct match in many cases.

It could be a portrait for a wildman?
You can see this with the copy protection trick by talking to Npc 297 (random, a pikeman or ranger or something).

Filbercio, Frigidazzi and Rotoluncia's portraits each have an unused frame, identical to their normal ones.

Also there is an unused copy of Yurel's portrait in slot 262, even without the expansion installed.

None of these are linked to any items.

Magic Shield on Back

An unused graphic for when you store a shield on your back. Probably omitted on account of looking like absolute shit.

All of these can be called up with the cheat system using the "type" and "frame" numbers listed here.

A gold version of the y-shapes from the Temple of Discipline.

Some dummied out cloak frames. They equip to the proper slot but have no paperdoll graphic. The first wolf cloak copy has a different palette.

It is a mystery. Most likely from the cut Claw Island area.

Looks like you were going to combine the blackrock serpents for the endgame.

A couple of unused purple seat frames, and a rock. That you can sit on. It overlaps the sitting sprite in an odd looking way. 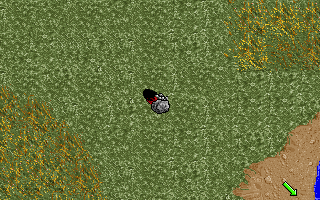 A 'K' rune. A different color than any of the used runes.

Vertical frame for the Sleeping Bull sign. Odd that they didn't use it, as the south entrance is the one you're likely to go through first.

A red wand. The vertical version can be found in the Mad Monk Mountains cheat room. Has no special effect, and crashes the game if you try to use it as a weapon.

A glowing version of a Varo Leaf sprite.

Some catnip. Does nothing. Yet again, probably for Claw.

Diagonal version of the wand of lifting in the Temple of Enthusiasm.

A sprite of a broken gwani amulet. In the final you get the amulet's contents by giving it to Yenani. It would be kind of a dick move if you broke it.

Frames of Dupre's shield as a wall-hanging, despite it being a unique item.

A glowing egg named Dave. Probably named after David Beyer, as one of his credits for this game is "Eggman".

No spiked shields are ever hung up on a west wall.

A larger, immovable dream crystal shape. In the final game you give the Dream Crystal to Siranush and she destroys it, breaking the spell on Gorlab. This suggests that maybe the player was initially intended to break it.

This... doesn't seem related to any known cut content.

Cat statues. The first one looks like it's holding an offering bowl. Second is a sideways view of the used one. More stuff from Claw.

The corpse of a glowing cat, like Olon talks about.

A yellow glowing wall, much like other random glowing barriers in this game except unused.

Use the cheat mode to teleport to Anti-Dupre (Npc 263) and hackmove him into your backpack.

It's not necessary, but disabling their schedules or altering them to stay still makes this easier to pull off.

Use the Usecode Test menu to run Index 2287.

Anti-Dupre casts a spell that replaces Caladin with a bear.

In addition, if Flag 72 is set, the game tries to display this: 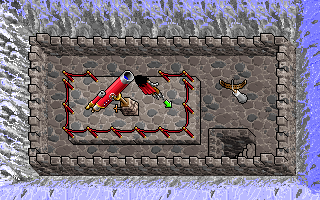 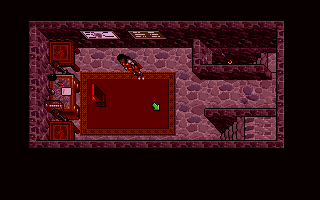 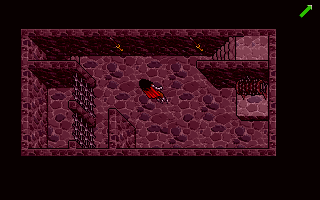 At x-944 y-0a7 there is a three story building with a telescope on the roof, an office, and a fairly empty room with a cell beneath. 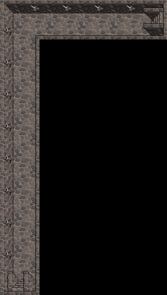 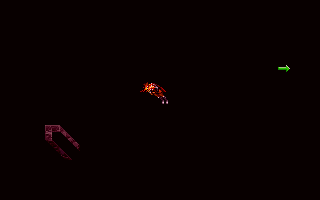 The basement is a tunnel that leads to the darkness inside Claw Island's mountains. 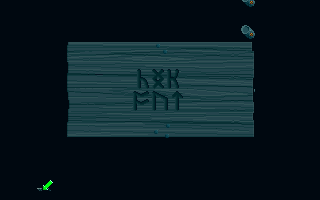 There are pieces of wall scattered about the interior of the mountain. Around x-5c0 y-823 there is a sign and four powderkegs, and at x-5e7 y-7dc z-5 there is a teleport egg that leads to the entrance to Furnace from Moonshade.

Also in the mountain there is a cave with gazers, bats, and some treasure. The stairs don't have teleport eggs placed, so they don't go anywhere. 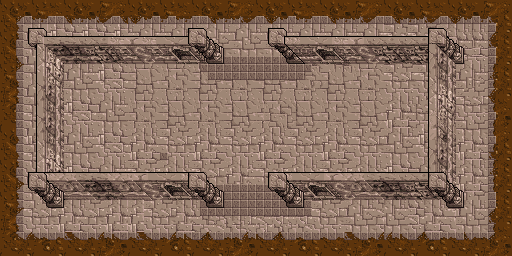 At the north point there is an Ophidian building that sometimes has rabbits in it. 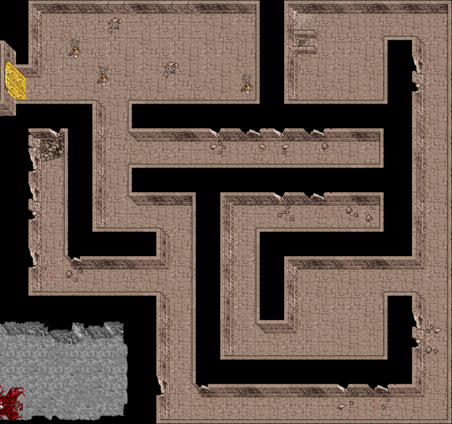 Behind the unopenable doors lie a bunch of corpses, some traps and a stairway to nowhere. One of the bodies has a book that appears nowhere else in the game. 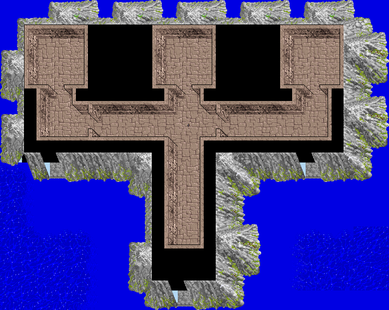 An Ophidian building in a small island at x-827 y-9f6 with a blink ring placed in the center. 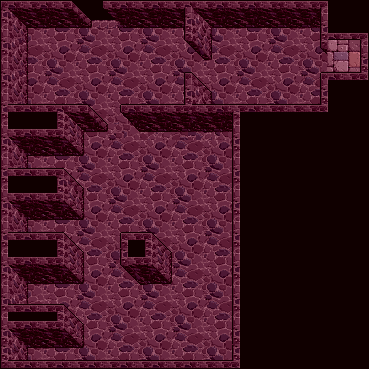 A walls only copy of the Sleeping Bull basement stashed in the mountains just east of Monitor.

Some ground tiles have silly names.

Near the debug text: