Put the following MAME code in umk3.xml to simplify the code to 2P Block (×3): 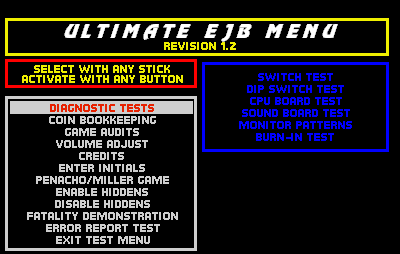 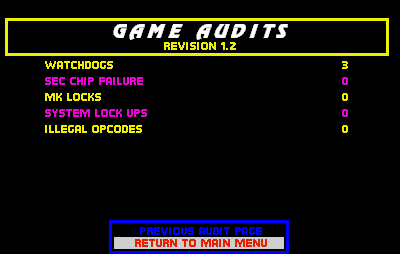 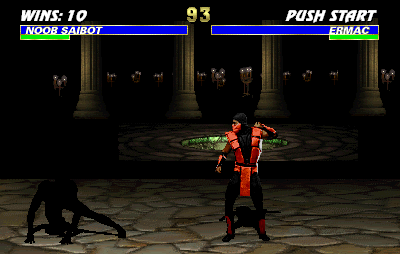 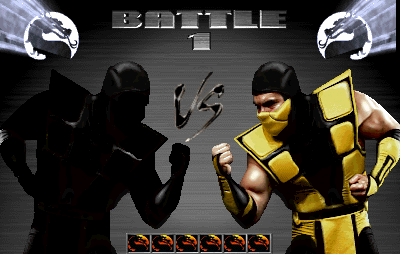 Through cheat codes it's possible to control Noob Saibot. He seems to be half complete in this game: he can be controlled by the player without the game crashing (unlike in Mortal Kombat 3) and even has his own combos, although the button inputs are all identical to Kano's. However, he doesn't have his own special moves, fatalities, or ending text (he uses Human Smoke's). While controlling Noob Saibot, all fights will be set in Noob's Dorfen.

Noob Saibot is playable in the WaveNet version of Ultimate Mortal Kombat 3. He was also made normally playable in the SNES and Genesis ports of the game, where he has his own unique special moves and ending, along with a different set of combos.

A leftover from Mortal Kombat 3. The Bank was cut from this game.

Found at 0x033EF2. The game team's habit of making up -alities continues.

Leftover text from Mortal Kombat 3, which had an ending viewer in its EJB menu. Text starts at 0x070964:

A number of different versions of UMK3 were released over time. UMK3 was a continuation of Mortal Kombat 3's revisions and updates.

This revision never made it past location testing in Chicago and San Francisco.