Turok 3 is an FPS game for the N64 - the fourth in the Turok series after Turok: Dinosaur Hunter, Turok 2: Seeds of Evil, and Turok: Rage Wars. While well received critically, the game was a commercial failure. The game has two prototype carts which differ significantly from the final game in places.

When in doubt, assume content of N4TKER18 is the same as final game, but with bugs.

Both Turok 3 prototypes lack the aim inverting option, implying it was added sometime between the July 10 N4TKER18 build and the game's August 30 release date.

This game is very obscure, and as such most videos and screenshots of it were taken with emulators. However, at the moment no N64 emulator is capable of emulating Turok 3's shadows correctly. They are either absent, glitchy marks on the floor, or - with z64 Low Level Emulation, hard black shadows. If better emulation becomes available, I would like to update all screenshots to reflect this.

In both prototypes, entering five dragonflies into the cheat menu unlocks all cheats.

Turok 3 often spawns the player outside the main map area, standing on a grey square with a trigger in the middle. These can otherwise be found using the noclip cheat in the prototypes, and are useful for triggering cutscenes\events. 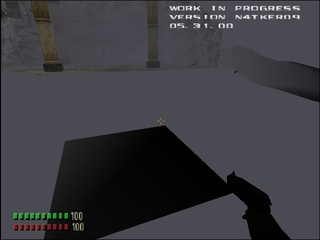 "Flying" mode can be toggled in both prototypes by pressing A+B+Z.

While in this mode, press R to ascend, and L or Z to descend.