Chibi-Robo! Park Patrol is the second entry in the Chibi-Robo series. This time, your job is to restore a trashed park back to normal while fighting the evils of corporate pollution. Yippee!

A massive library of unused graphics can be seen in the game's files. Most of them are from early versions of the game.

A test image with an internal name of MainBattery_Dummy, appearing as four cropped plug icons in a row. It was most likely used to test the battery meter. 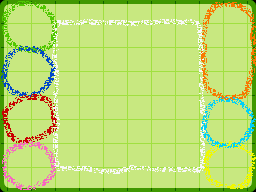 An early version of the bottom screen's background HUD image.

Early versions of the music box, syringe, and clippers icons, which at the time were able to be tapped on the main HUD screen.

Early versions of the "leave vehicle" and horn icon. Like the final version, they were able to be tapped on the bike and car HUD screens.

Early versions of the camera controls icons. Like the final version, it was able to be tapped on all of the HUD screens.

Early versions of a few of the Chibi-PC icons that you could tap. They are still in Japanese, too!

Early versions of the bottom screen's graphics that would show when you were equipped with the music box.

There are not one, not two, but THREE different variants of the title screen, which are all unused.

There are two separate SDAT files in the game's files. Along with SoundMaster.sdat which is used, there is an unused file named Sound_E3_v2.sdat, which unsurprisingly contains not as many sound effects as the used file.

SEQ_TITLE is an early rendition of the title screen music, which was later remixed and used as the credits music in the final version.

There is a text document with the name of touch.txt in the "allanm" directory. Its contents are below. 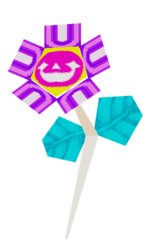 According to the header.bin file in the root of the game, the game's internal name was CHIBI ROBO DS.