Vectorman 2 is the rare and somewhat-rushed US-only sequel to Sega's answer to Donkey Kong Country. It would later appear in Sonic Gems Collection as an unlockable game.

There are two songs that remain unused in this game. In fact, one of these most likely isn't used due to time constraints.

An alternate version of the intro song.

The song that was supposed to play in the options menu. It sounds very similar to a lot of other songs in the game. In fact, it sounds eerily similar to the song that plays in the Invader bonus stage in particular.

There are at least four different coordinate displays in the game, all accessible with button codes. Pause the game and enter any of the following codes to activate the corresponding display: 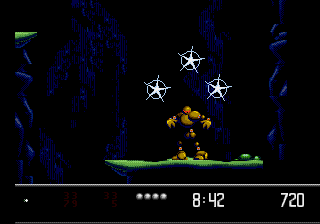 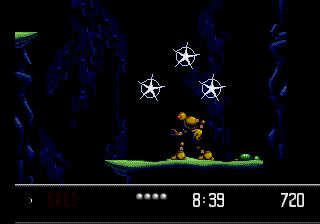 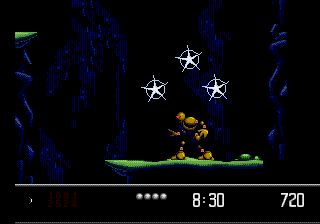 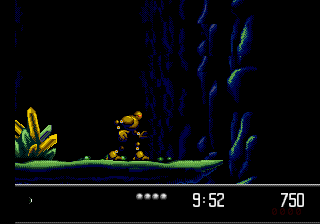 A, Left, A, B, A, Mode, A (ALABAMA; this one requires a six-button controller)

This one increases when the game slows down and constantly decreases back to zero. 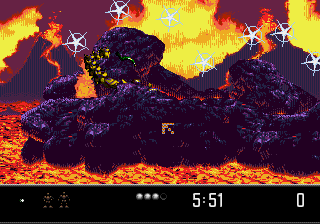 Pause and press Up, Left, A, Z, Y, B, Up, Mode (U LAZY BUM; this one also requires a six-button controller) to activate a free movement mode. Vectorman will turn into a cursor and can be moved around with the D-Pad. In this mode, he is immune to damage and can defeat most enemies simply by touching them. Pause and enter the code again to disable. 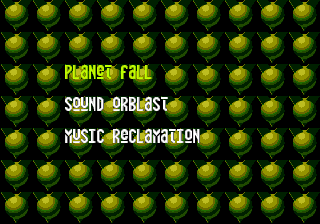 While paused, press Up, Right, A, B, A, Down, Left, A, Down (U R A BAD LAD). There is also a sound test, but it is the same one that is already available in the Options menu. 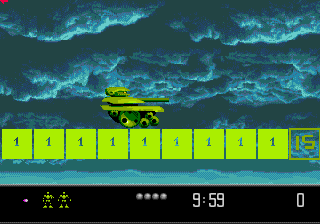 A short test level accessible from the level select. It uses an otherwise-unused debug tileset and tests the game's various types of platforms, as well as destructible walls. Oddly, Vectorman starts the level as a tank. The bottom of the level is inescapable, but the level can be exited by using the level select code or by taking a moving platform up to the "2" platforms at the start of the level. 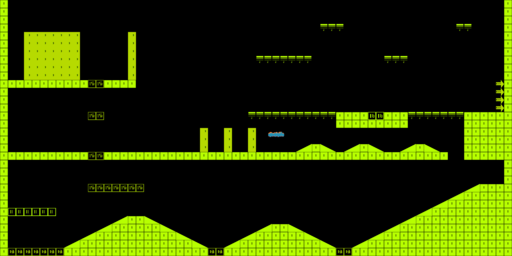 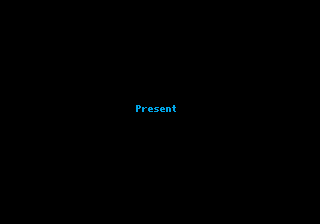 Scattered throughout the ROM are some development-related error messages.

The six scenes of the opening cutscene have level names which are never displayed.