WWF War Zone is the third WWF/E-franchise game for the PlayStation, and the first game of the franchise to be published by Acclaim. It is famed for being the first non-Japanese pro-wrestling game to have the "Create A Wrestler" feature, as well as for the inclusion of Bret Hart (and British Bulldog) almost a year after the infamous Montreal Screwjob. 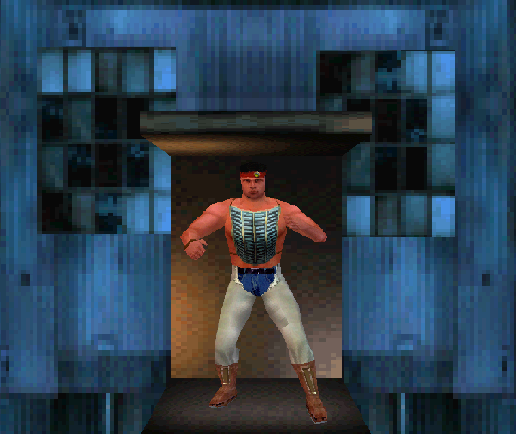 The lead character from his own self-titled late-1990s Acclaim franchise, a fully-playable model of him is present in the PS1 and N64 versions (but not the Game Boy one) but is inaccessible without a cheat device. He uses The Rock's moveset and one of the CAW entrance themes.

Using this GameShark code to unlock everything in the cheat menu will also unlock him:

There's two hidden cheats that are normally inaccessible, but can be unlocked with the GameShark codes above. Both cheats only became unlockable in ECW Anarchy Rulz. The following cheats are: 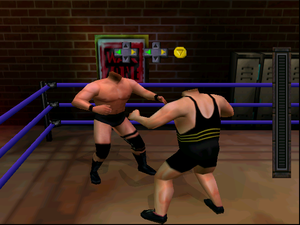 "How will my Stone Cold Stunner work for this?"

As the name implies, makes every wrestler headless. 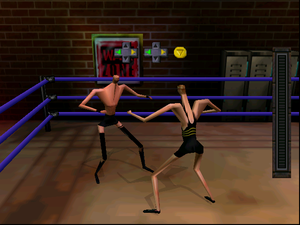