This is a sub-page of WarioWare: Touched!.

The title screen in the Japanese and Chinese versions is yellow, while in the American and European versions it's orange. The Korean version used a slightly darker yellow, although the icon in the BIOS remains bright yellow.

The Skip button was partially lowercase in Japan, whereas it was made consistently uppercase elsewhere.

The same goes for the Pause text. The P was also made a pixel shorter.

The music at the start of Wario's intro cutscene doesn't start until Wario first appears on screen.

The names for the bank and skyscraper in the background were removed for the European and Chinese versions of this stage.

In Mona's stage, the European and Chinese versions changed "HIT" to a heart, and the word "COUNT" on the top screen was removed.

Likewise, "MISS" was changed to a broken heart.

Dr. Crygor's intro was changed for the American version: once he states he wants to test out the new machine, he remains silent for the rest of the intro up until the "...Wha...?" line at the very end. This is not the case in all other versions. The dialogue was added back in for the DSiWare download version.

9-Volt's microgame count was in points, and each of the three major releases had a different positioning for it. The Japanese and Korean versions had points abbreviated to "pts.", and had it on the right side. The American version had points in full, and had it in the center. The European version added parentheses around the "s", resulting in "point(s)", and was pushed to the left in order to fit them in. Also, the DJ Table is different. The Chinese version translates points (分) and also has it on the right side like the Japanese/Korean version.

The Japanese version has 9-Volt's name spelled in full, without the dash "Ninevolt" (something that would later reappear as a regional difference for WarioWare: D.I.Y.). The American and Chinese versions have his name spelled normally, and the European version removed his name from it entirely.

In the Korean version, the person on the left was replaced by a cat.

The Japanese version says "NG" when you click the wrong object, meaning "No Good". In the international versions, it says "Bad!"

The Japanese version has "大" ("big") written on a mountain, a reference to a Kyoto festival known as Gozan no Okuribi. This was removed in localized versions, along with the rest of the mountains.

The Japanese version says "Ouch!" when you click fail. In the international versions, it says "Oops!"

The art on the drum set was changed from the word "Gig" to a picture of a jack-o-lantern. Also the word "Max" was changed to "Rock".

In Level 1, the girl's hair color was changed from black to red. Levels 2 and 3 are the same.

The win message was changed from "OK!" to "SWEET!"

What you see after completing the microgame on Level 3 is different in the Japanese and international versions. In the Japanese version, there's a man in a white shirt holding... something, with a necktie around his head (roughly the equivalent of wearing a lampshade). In the US version, you see what appears to be a Halloween party. In the Super Smash Bros. WarioWare Inc. stage, the Japanese image is used in every version.

The most notable change is the complete redesign of the head. The bunny feet were replaced with green boxing gloves, and the bottom platform had some Japanese on it that was removed.

The dialogue was changed to sound a bit less Engrish-y, and a third message was added. 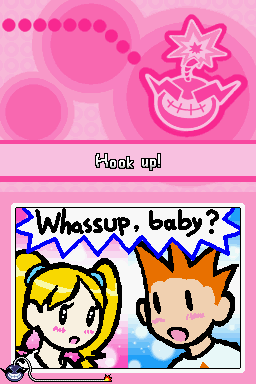 The European version also removed the "To be continued..." box in the lower right.

The food item for Level 1 was changed from an omelet to french fries.

The thick 100 in the Japanese and Korean versions changed to a slightly thinner A+ in the American and European versions, and an even thinner 100 in the Chinese version.

All three matchboxes were changed in the international versions.

A plant thing (likely representing Wario's nose) in the Japanese version was changed to a yellow version of a crab seen in "Burning Rubber".

The contents of the objects that you blow was changed between the Japanese and international versions. On Level 1, the same design is used for the backside of the object in both versions.

The Famicom controller on the bottom screen was appropriately replaced with a NES controller.

9-Volt's boss stage was a bit different. In the Japanese version, the Top Screen features the boxart for the Famicom Gun peripheral (Japan's equivalent of the NES Zapper). There is also a slight pause before the music begins, and the victory theme rolls into the transition for winning a boss stage. The American, European, and Korean versions use the standard Top Screen, along with removing the pause before the music begins and fixing the victory theme rolling over.

There are two items that come out from destroying the drum barrels, one of which changed between versions: the Japanese version has a Famicom Disk System, which was changed to an NES Advantage controller elsewhere. The other item, R.O.B., oddly retains its Japanese colors in all versions.

The Chinese version used the updated music and victory theme fix, but brought back the Gun boxart on the Top Screen.

During Jimmy T's break scene, there's a container of milk. In Japan, it's a jug. Everywhere else, it's a carton.

The touch screen graphic of Mona's guitar was changed to match the design seen in her sprite.

By inserting the corresponding regional version of WarioWare: Twisted! in the GBA slot, a music video of "Mona's Song (Mona Pizza)" is unlocked. Curiously, the European version looks for a GBA game with a Title ID of RZWP, which would have been given to the European release of Twisted! As the GBA title was not released in Europe, this functionality goes unused in that version. However, the item was not removed, and can be accessed in the European version via hacking.

In the Chinese version, the souvenir is instead unlocked using WarioWare, Inc.: Mega Microgame$!.

It should be noted that the only one that seems finished is the Korean version, as the "Mona" from the Mona Pizza logo was translated.

This toy does not exist in the DSiWare version for Nintendo 3DS, and in fact, it was removed entirely from the DSiWare version, which can be seen if you try to get it into the game using a save editor. This was probably removed to make the size of the game smaller, as DSiWare titles need to be very small in order to fit in the Nintendo 3DS system memory. 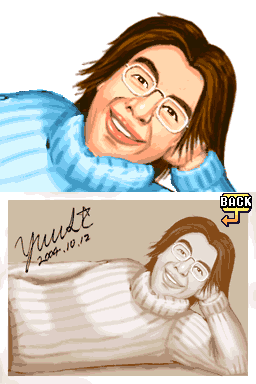 An...odd game where you tap the photo on the Touch Screen for various effects on the Top Screen. This probably remained a Japan-exclusive minigame for various reasons. It was replaced in the international versions with a minigame called They Hunger.

Three microgames in Kat & Ana's set are impossible to complete on early Japanese copies. The lines in Bright Idea and The Proud, the Fuse cannot be drawn while the flashlight in Midnight Weirdo blinks on and off. This glitch was fixed in later Japanese copies.

(Source: MarioWiki)
(Source: A special thanks to Mariowiki for a majority of this page.)
Retrieved from "https://tcrf.net/index.php?title=WarioWare:_Touched!/Version_Differences&oldid=1103702"
Categories:
Cleanup > To do
Cleanup > To investigate
Subpages