Wetrix is a puzzle game where you have to place some water and prevent it from leaking past the stage's boundaries.

Inside the file for the sprite graphics is this Mission: Impossible logo, for some reason. 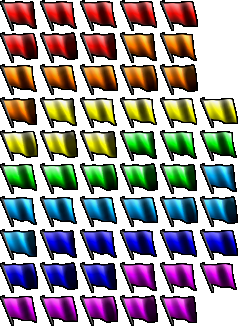 Graphics for the multiplayer LAN mode, which would've supported up to 7 players at once. It's unclear exactly how these were supposed to be used.

This likely would've been used for the multiplayer LAN mode when one of the players lost.

These files suggest that rubber duckies previously worked similar to the ice cubes, which fall on top of lakes and freezes them. When falling, ice cubes have a voice clip saying "Ice Cube Warning", and if you manage to make one fall on top of dry land you gain an "dry ice bonus", which adds to your score. In the final game though, a rubber duck is achieved by creating a lake that is deep enough, working as a score multiplier.

Note that these audio files, unlike the rest, weren't translated to any other languages and are labeled "SP000" instead of "Sp000".

Seems to be a placeholder message.