They're heroes, not zeroes. They're tough as nails when all else fails. The one and only. 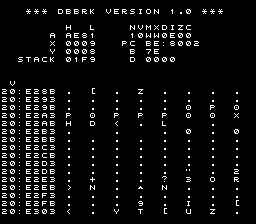 If opcode $00 is encountered in the programming (e.g., enter Pro Action Replay (PAR) code $BE800000 before the game boots), this debugging screen with a ROM/RAM viewer opens. Use L and R to move the V cursor, and the D-Pad to change digits.

An unused dialog graphic of Dockwell, who makes no appearance in this game.

What appears to be a type of debug message stored at ROM address $033924. 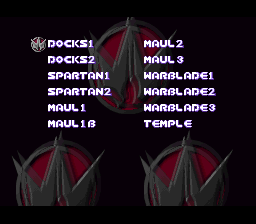 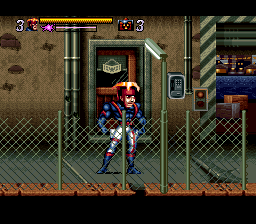