This is a sub-page of World of Warcraft.

The Emerald Dream is a map that's been in the game's files since before the game's release. It was first spotted in patch 0.7.0, during the official closed beta test. While it was changed extensively during each pre-release patch, it's remained relatively unchanged since the game's official release. The zone is categorized internally as a raid instance with a cap of 40 players. The minimap is too large to show in a thumbnail; it can be seen here. Unfortunately, the minimap in the game's files is very different from what is actually on the map.

The zone itself is extremely large and split mainly into four different parts, though it has only two named subzones: The Verdant Fields, and Emerald Forest. Each different area is separated by miles of empty space. The Emerald Forest, located in the top right corner of the map, is true to its name; it's a forest filled with rivers and trees (it's worth noting that the tree models here are only used in this zone) and not much else. The Verdant Fields, located in the bottom right corner, is filled with nothing but hills and large flowers, though there are also reference markings drawn along the ground in some places.

The bottom left corner of the map is unnamed and similar visually to The Verdant Fields, albeit much smaller. In the top left corner of the map is a large subzone filled with mountains, canyons, and fields. The field area of this subzone is decorated with monstrous statues and dream catcher structures that, like the trees in The Emerald Forest subzone, are used only in this unused map.

The Emerald Dream itself is the poster child for important areas in the lore that have yet to make an official appearance in the game. While Blizzard planned to release it as an endgame 40 player raid, this idea never made it to the final game.

Introduced in Warlords of Draenor, these maps seem to be prototypical or unfinished battlegrounds. There's four of them in total: SmallBattlegroundA, B, C, and D. Of the four, only A and B seem to have anything interesting in them.

SmallBattlegroundB contains Arathi Basin... except covered in snow! It seems completely finished, and doesn't seem to have any changes other than visually. Holinka, the current PvP designer, hinted via Twitter that the map might be finalized and released... one day.

As for the last two, SmallBattlegroundC is completely empty, and SmallBattlegroundD contains an exact copy of Deepwind Gorge. It's worth noting that the latter was empty as well prior to patch 6.2.0. 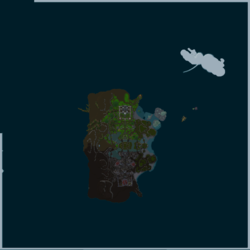 This largely unfinished map was also introduced into the files in Warlords. It's structured like a battleground, which hints it might have been one of the planned new battlegrounds.

It's essentially an island with an Alliance and Horde base on two sides. The island has several (unnamed) subzones, such as a goblin workshop or a small human village. It's also littered with ogre, human, and orc scale models.

Hotlinka responded on Twitter that the map was an idea they were experimenting with, and would not be released in Warlords.

Defense of the Alehouse 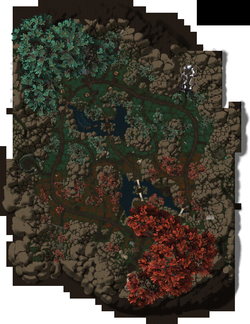 How would a moba even have worked in WoW, anyway...?

The battleground seems to take place in Townlong Steppes. The layout - three lanes, two bases, etc. - is extremely reminiscent of a moba map. It's mind-boggling to think as to how they would have made this type of battleground work. 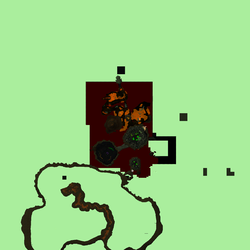 This unused map was also added in Mists of Pandaria during patch 5.2. Its main feature are three floating islands, though there are also some objects floating in mid air, along with a cave ripped straight from Northrend. There are portals to Orgrimmar and Stormwind.

Patch 5.2 introduced a quest chain for Warlocks that took them to several different zones; the inclusion of this map and the name hints that it might have played a role in the quest chain before being scrapped.

This portion of Stormwind is an unused version of Old Town with a re-textured version of Stormwind Keep. What's unusual however, is that it was added during Cataclysm when Blizzard redesigned Stormwind to account for flying mounts. This could indicate that at one point, there was supposed to be another district, within Stormwind. 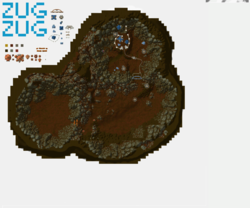 Azshara Crater was a battleground planned that would've been located in Azshara and functioned similarly to Alterac Valley. The map, along with a minimap file, have been in the game's files since the game's launch, but have never seen the light of day and probably never will.

There had been numerous mentions of it since Patch 1.3. It was officially stated at BlizzCon 2007 that the reason that Azshara Crater was never added was to focus on balancing Alterac Valley. 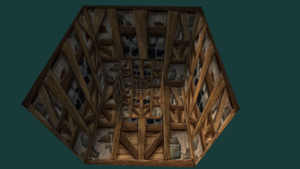 Testing, Scott Test and Collin's Test, are all identical maps of a cube model that is duplicated outwards from the center of the map 4 times, gaining in size each time (with the exception of Collin's Test, which is just the cube model without it duplicating). Presumably these maps would have been used to test maps without terrain, or object only maps (also known as .wmo only maps). 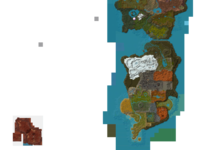 It looks like Hellfire Peninsula was planned as a leveling zone long before The Burning Crusade release. The zone's files first appeared in Alpha 0.5.5.3494 build and remained there until the first TBC patch release. The area was located far off the coast of Stranglethorn Vale, however it was inaccessible to players. Datamining Vanilla client files will reveal several assets branded "outland".

Area on the map. 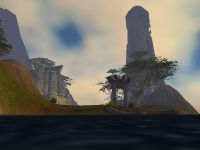 Currently, it is an inaccessible zone in-game that may have been part of the fallen Kingdom of Lordaeron, or of the Kingdom of Quel'Thalas. Moreover, this must be the place where the Thondroril River is born geographically. Most of the area is covered by an uninstanced and unfinished copy of Stratholme. This version of Stratholme is still considered to be part of the Quel'thalas zone by the game, and players in it will be listed as being in Quel'thalas when searched via "/who" or checking their guild roster. The second part of the area contains Night Elven ruins and towers. Also, the shore between Tirisfal and Quel'thalas is a no-fly zone.

The tower visible when swimming from Tirisfal.

The area has existed in the game since vanilla and unlike other closed or inaccessible zones, it wasn't removed in Cataclysm when whole Old World was revamped. Instead, the developers put an invisible wall surrounding the area that prevents access. This is likely a leftover from before the current idea of Quel'thalas was conceived. It must have been scrapped very early in development when the devs decided that the game's timeline will be placed after the events in Warcraft 3. In Warcraft 3 Quel'thalas was destroyed by Arthas and his Scourge during The Third War. As of patch 8.0.1, the invisible wall surrounding the area has now been removed. The zone is now accessible for all players who completed the Battle for Lordaeron scenario.

Retrieved from "https://tcrf.net/index.php?title=World_of_Warcraft/Unused_Maps_%26_Areas&oldid=948033"
Categories:
Cleanup > To do
Subpages