Ys: Book I & II is an enhanced remake of the first two Ys games. This game marks the first time that western audiences got a chance to play Ys II, as only Ys I got a western release prior to this game.

At the title screen select "Continue", then select "Input the password" and select any save game slot.

Enter one of the below passwords, then hit "end". A special complex sound effect will play, along with a warning message about it being a wrong password; select the "No" option, and back out to the save game load screen. 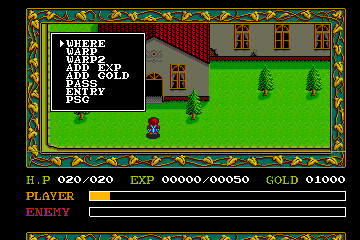 To activate the debug menu in-game, hold I or II while pressing SELECT. 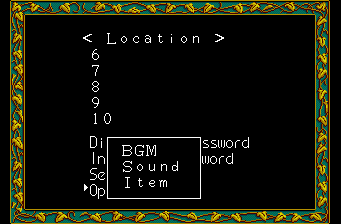 At the save game load screen, press Right, and "Start game story" will be replaced with "Option".

Note: The "BGM" and "Sound" menus contain multiple pages of content, scrollable via the Left and Right gamepad buttons. 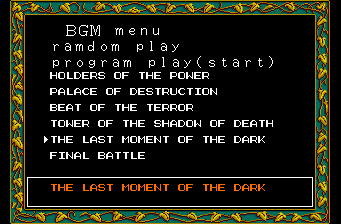 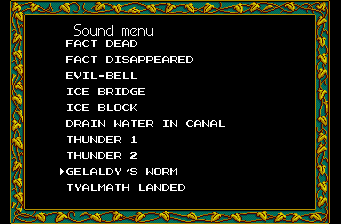 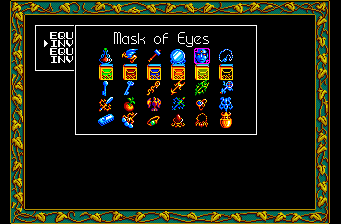 "THEMA OF LILIA" is a sound chip rendition of Lilia's theme. This goes unused in favor of a CDDA version that features voice acting.

Compared to the Japanese version, the English version of Zalem is wearing more and her eye color is slightly different due to a palette change.

Nearly every enemy (and a few bosses) have been altered for the English version of the game.