Ys Origin takes place 700 years prior to the events in Ys I & II, expanding on the lore presented in those games. Naturally, due to the time it takes place in, Adol does not appear in the game aside as a bonus character in the Time Attack and Arena modes. It's also the final game to use the Ys VI engine.

Outside of an obscure mobile version, this game remained exclusive to Windows for ten years before DotEmu started porting it to consoles.

Since Adol's Felghana sprites were simply copied over, he still has the same leftover sprites from Ys VI included in his Felghana incarnation. All other non-combat sprites for his Felgahana variant are also unused. This is not the case for his Napishtim variant since its sprite set was tailored specifically for this game.

Several characters have this yellow portrait in their AIA files, suggesting that more expressions were planned, but cut from the final game. The characters that have this portrait are:

A placeholder monster can be found in M_990.AIA.

A leftover portrait of Elena from The Oath in Felghana can be seen when talking to the Roo in the S_9000 test map. This was probably going to be replaced with an actual portrait of a Roo since it shares the same ID (T_430) with the Roo's placeholder portrait (F_430) and sprites (C_430). 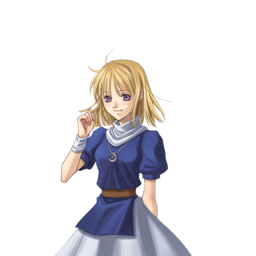 What appear to be earlier, low-res images of each character for the selection screen can be found in the IMAGE folder. Unlike the final images, these are full body shots. In general, the colors of the main three characters are brightened for some reason.

Five story visuals were cut from the final game. These have descriptions of the visuals pasted over an image of the title screen, and would have appeared in Toal's campaign.

Even though you can't save the game as Adol, there is still an icon for him in the file select menu. It is possible to see this if a cheat/mod is used to play as Adol in the main game.

There are some leftover menu graphics from the previous two games.

This folder contains the smaller icons of items and equipment found throughout the game.

This folder contains the high-res images of items viewed in the menu.

There are menu icons recycled from The Oath in Felghana for all of Adol's equipment, but they can never be seen since there isn't a way to open the menu while playing as him. Their respective images from the ICON folder are used on the HUD, however. Do note that there are no icons of his equipment from The Ark of Napishtim.

The original release of Ys Origin has some additional unused graphics.

Even though Adol is not normally playable in the original release, there are still graphics prepared for his inclusion. The HUD and character selection artwork were sourced from The Oath in Felghana, and would be replaced with a brand new portrait in the expansion disc.

It's worth noting that Adol is labeled as the first character in the character selection portraits, and the first character internally with the value 00. It's very likely that Adol was used as a test character prior to the other characters being added, given how all the necessary assets for his Felghana incarnation were already present. His Napishtim counterpart was not implemented until the expansion disc.

There are a few more leftover images from The Oath in Felghana. These two would be replaced by the Bonus Shop's background in the expansion disc.

There are several disused objects found in the /MAP/MAPOBJ directory. Many of these can still be found in test maps.

An alternate coloration of the floating platforms found in the Flooded Prison. There are three copies of this object with the same name ending with "02", "03", and "A". 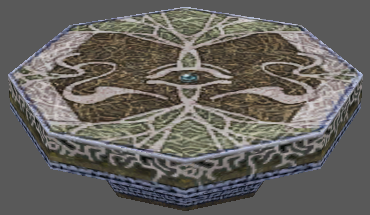 An untextured pendulum that can be found in the test map S_9100. It sways back and forth when placed in-game. 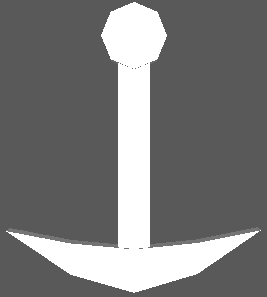 This gear looks to be a leftover from the Clock Tower in The Oath in Felghana. Can be found rotating in the test map S_9100. 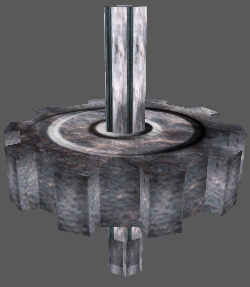 This ice platform falls when stepped on. Found in the test map S_9100. 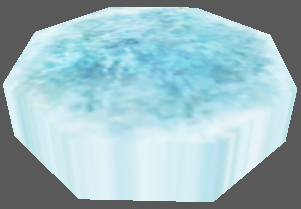 A rainbow platform that will float in a small circle when stepped on. The edges can hurt you in S_9106, but not S_9100. 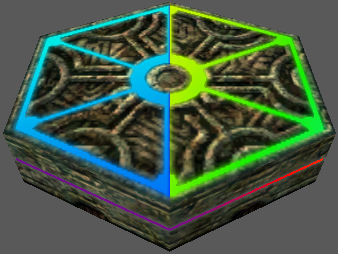 Probably just a leftover barrel from the previous games.

Actually a vase. It's utilized as an effect marker in S_HIDDEN0.

There are two variants of this wooden box: O_WOODBOX_00, and Z_BREAK_0. Z_BREAK_0 can be found in S_9009 and drops Yunica's axe when broken. 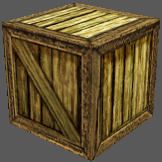 A shaded sphere grouped with the objects for the Demonic Core. 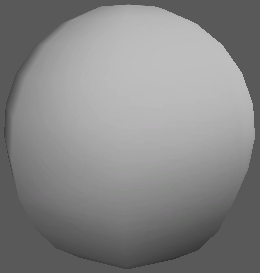 A seesaw that looks like it belongs in the Blighted Blood. Two are in the test map S_9105 teetering back and forth. 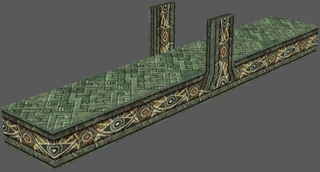 Some grass and a plant are in this folder.

A rectangular platform that drops when stepped on. When it respawns, it travels in a set path, as seen on S_9100.

This switch can be found in S_9100, used for raising the bar door in the room. 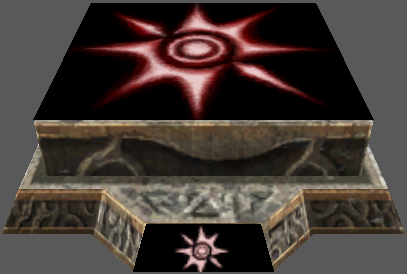 The pillar of water seen in S_9008. It's literally just water, so it can be swam in.

A floor piece that looks like it belongs in the Blighted Blood. Two can be found leaning against each other in S_9100. 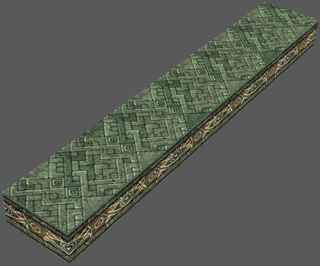 For unknown reasons, XSEED used a different narrator named Alicia Harrington for the intro video. DotEmu retained the original narrator, Ayako Shibazaki, in their releases. This is odd because they're both using the same French script.

XSEED took liberties with the title cards of boss and location names, which originally had English subtitles (albeit, Engrishy ones). DotEmu used the Japanese images as a base, but replaced most of the subtitles with XSEED's names, and used a different font.

An expansion disc was released in March, 2007 that adds several features to the original Windows XP edition of the game, updating the game to version 1.1.0.0. All future re-releases include the additional content from the get-go. Falcom only made the expansion disc available to subscribers of their mail magazine. Although the standalone update for the Windows XP edition can be downloaded from their site, it does not include the extra content for this version.

DotEmu began porting Ys Origin to consoles in 2017, starting with the PS4 and PS Vita. While they use XSEED's English script, they do not include the benefits from their version aside from widescreen support, leaderboards and achievements. Apart from some minor changes, they are very direct ports of the PC version; so direct that it's still not possible to pause during boss battles or change the control scheme in-game.