Zero Time Dilemma is the last game of the Zero Escape trilogy which also consists of Nine Hours, Nine Persons, Nine Doors and Virtue's Last Reward. The premise is the same: 9 people are trapped inside a death game. In order to escape, they must make decisions that are morally ambiguous and usually fatal.

This article and its sub-pages casually reference major plot points, so be warned of spoilers.

Present in bgm.cfsi is bgm067.ogg, an unused track that doesn't appear in the 3DS version. Alternately, bgm067.at9 is located in \USRDIR\usound\vita\bgm\ in the Vita release. It is possibly an unused track for the Quantum Computer Dome, the only room (aside from the Lounge and Decontamination Room) that does not contain a puzzle. 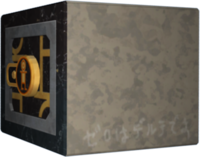 Hidden text is written on the side of one of the safes in the study, saying "ゼロはデルテです" or "Zero is Delta".

Inside of 00000000.csfi\map\m170 is the sprite sheet that contains the doll images on the wall of the Study. It also contains a set of "dead" versions, which are seen in the cutscene afterwards once the X-passes are revealed. This leaves the Akane, Sean, Eric, and Mira images unused. Most of them are just higher-resolution versions of the ones used on the Status screen, but the one for Sean is unique to this sprite sheet and the one for Phi has its head tilted to the left. 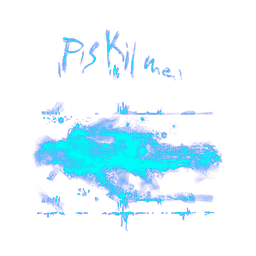 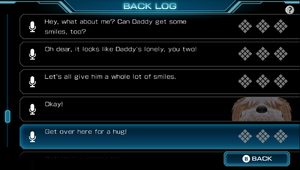 Gab has a mugshot at the bottom of the mugshot sheet, despite the fact that he is a dog and therefore does not speak. In the Steam version, this image is used in the Radical-6 fragment whenever Chris speaks. This is likely an oversight.

Inside of 00000000.csfi\system\globalflow00.dds is a placeholder fragment icon. s18aA1 corresponds to the results of execution when characters wake up with the bomb collar on. It also exists in the 3DS version, but it isn't yet known in which file it resides.

Text entries that don't exist sometimes correspond to sounds such as laughter, sighing, pain, or crying. Audio entries that don't exist are usually duplicates of common dialogue, such as the announcer or Zero telling the teams they'll be put to sleep. In these cases, the lack of entries is an effort to save space and resources, but the content of these entries can be determined by cross-referencing audio and text.

However, some text and audio entries have been deleted completely, leaving no trace of the original dialogue. There are two such deleted entries.

This is when Mira kills off D-team. The deleted entry is most likely a gasp.

The entries are likely for Control or Sigma and Diana talking to each other.

A typo from the 3DS version during the Radical-6 fragment is corrected in the PC version.