From The Cutting Room Floor
< Proto:Spyro: A Hero's Tail
Jump to navigation Jump to search

This is a sub-page of Proto:Spyro: A Hero's Tail.

A preview build was released as part of Project Deluge on Hidden Palace.

The title screen displays build information at the bottom. Spyro also remains serious, instead of having a smile here and there. The box around the 'Start' option is also missing, and the background has changed. After reaching this point, the screen rushes into the demo video shortly after.

The prototype uses an earlier logo on the loading screens, and the radar is missing.

The options are displayed on the bottom left of the screen instead of the corners, and the collectibles are at the top left of the map instead of on their own bar at the top. There are no green borders and the map is larger. The arrow is smaller and there are three lines following Spyro's (smaller) marker that were removed in the final. Lastly, the bottom of the map includes an extra location ID. 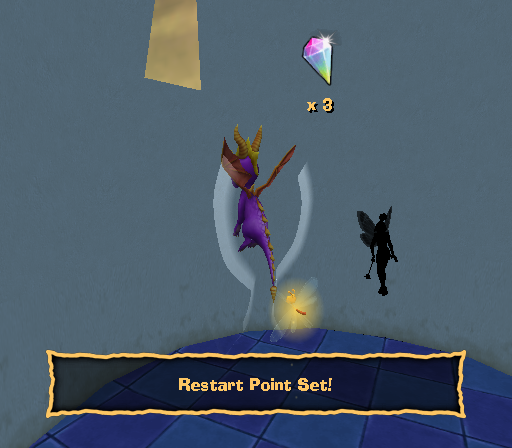 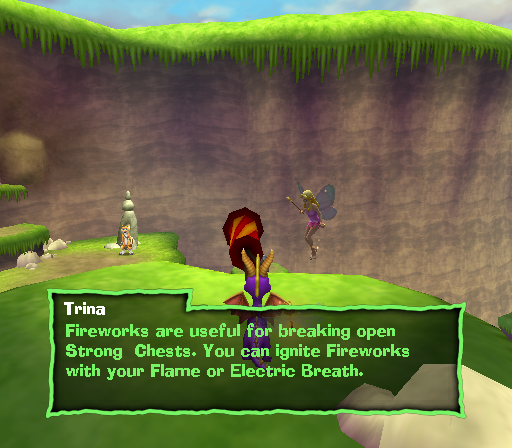 Many cutscenes have rendering issues, or different lighting compared to the final.

Gnasty Gnorc's area is missing from the prototype cutscene. He enters a void instead.

This cutscene uses a much brighter blue, despite Red cursing the land. Red also possesses a much less detailed pendant and strap.

There's an extra pipe near the Professor, which was removed in the final.

Items are unnamed in the prototype, and several items have a different description:

The items are less faded in the prototype, lacking the green tint, and the purple glow highlighting the selected item. The boxes for Buy & Exit are smaller, and all have a grey tint instead of green. The price text is a little larger.