U.N. Squadron, a.k.a Area 88, is a horizontal shoot 'em up loosely based on the manga of the same name (Area 88 that is, not U.N. Squadron). This game is notable in featuring a shop before each level, with the inventory and shop prices changing based on which of the three starting character you pick. 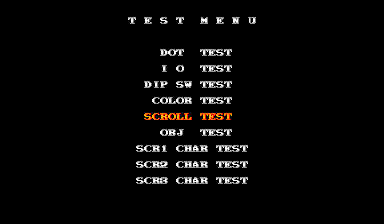 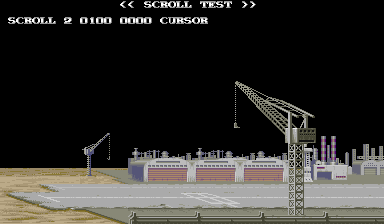 This is a simple level foreground / background layer viewer. 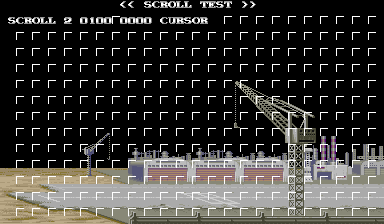 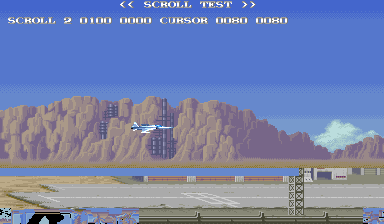 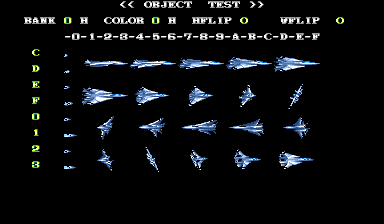 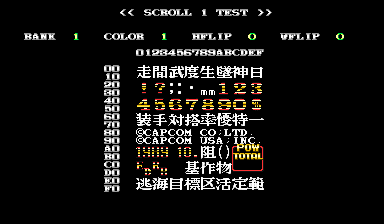 View the Object (sprite) and Scroll 1 (HUD and font) graphics. 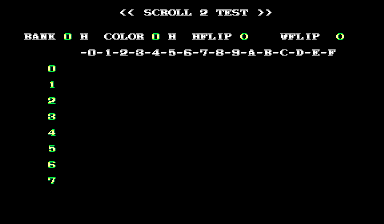 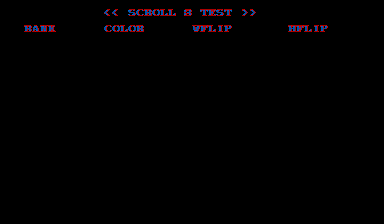 These should be used to view Scroll 2 (Foreground) and Scroll 3 (Background) graphics, but they both seem to be broken at this point.

To add the Thunder Laser (which is only available in Mission 5 through a bonus item and never in the shop) and Thunder Laser Ⅱ (which is completely unused) to Round 1's shop, put the following code in MAME's unsquad.xml cheat file: 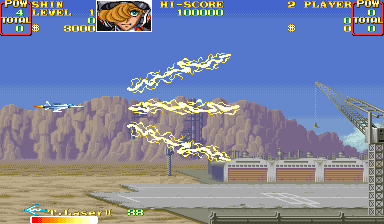 As you might expect, Thunder LaserⅡ is almost exactly the same as the normal Thunder Laser, but it's stronger and the lasers are yellow instead of blue.

Shop prices are controlled by a byte that ranges from 00 to 0E. Values in bold in the table below are unused:

There are a number of filler graphics in the graphics banks. These are in the object bank...

...these are in the foreground bank...

...and all of these are in the background bank. 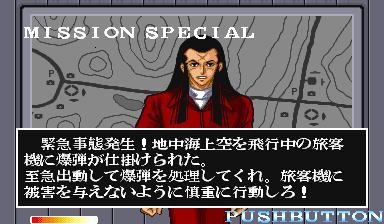 The Japanese version of the game has a special mission that comes after Rounds 3-5. The exact trigger to access this level isn't known at this point. 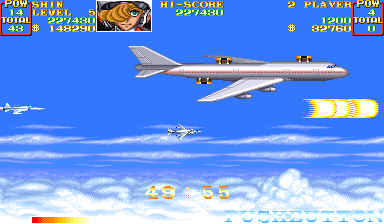 After going through a short bit of level, the player(s) will encounter a large aircraft that has three rectangular bombs attached to its hull. The player(s) must carefully shoot the bombs off the plane before the 60 second timer expires to clear the level. The faster they do it, the more points and cash they get at the end of the level. If the plane takes too much damage or the timer runs out, the level ends, but the player(s) get no point or cash bonuses.