¡Que pasa, NENG! (What's up, CANIS!) is a video game based on Neng de Castefa, a character created by the Spanish comedian Edu Soto, through which he parodies the urban tribe of the Bakalas. It features five minigames.

It had a predominantly negative reception in specialized media reviews such as the Spanish video game portal MeriStation, which awarded a score of 2 out of 10. Despite this, many copies were sold, resulting in the game being easy to find in second-hand stores.

Present in BIGFILE.PKF are the game's sound clips in VAG format, as well as the original (and unused) WAV clip for each one with the same name.

There's also seven Thumbs.db files inside BIGFILE.PKF, some of which contain early versions of game textures.

In Fortune textures is an unused message telling the player to take a risk:

There's also two number sprites suggesting that roulette once had points instead of cars: 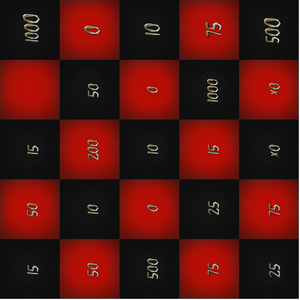 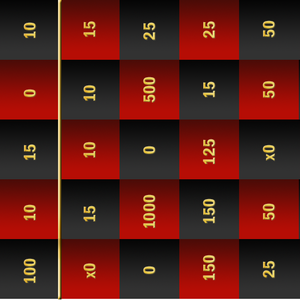 Two textures of an early board can be found in the unused Thumbs.db of this minigame with the sentence "GO NENG!!?" instead of the NENG photograph.

A blue version of the sight exists.

A unique and early disk can be found for this minigame Thumbs.db with the X key featuring what seems to be a CD instead of a vinyl:

A 16×16 totally white texture named cube$white4test.BMP can be found in Tetris textures. Final cube textures are 32×32.

What seems to be a default texture is present in many folders, and it's never used.

An early texture of the "Press X to continue" message exists saying "Pulsa X Continuar" instead of the final's "Pulsa X Para Continuar":

There are textures with the untranslated English words "Yes" and No" in the MemCard texture folder: