Aether Cruiser is a game about Nice Code's attempts to rid humanity of its ability to hear, one high pitched note at a time. It's also an extensive hack of the Atari Flashback version of Solaris, with everything but the space combat sections being cut.

Despite being endless, Aether Cruiser has unused graphics for an ending screen. 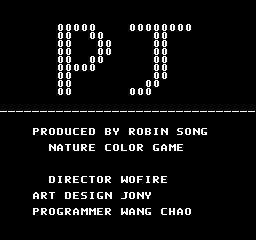 As with many Nice Code games, pressing Down, Up, Left, Right (a button combination unique to this game) on the title screen will briefly display a credits screen. Nature Color Game is one of several aliases used by Nice Code, and PJ most likely refers to the Power Joy series of Famiclones which many Nice Code games have been released on. Accessing this screen will (thankfully) disable the music until either a sound effect plays or the song is set to loop. 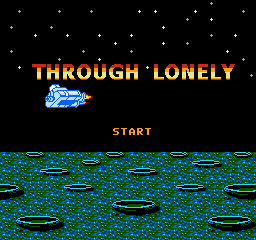 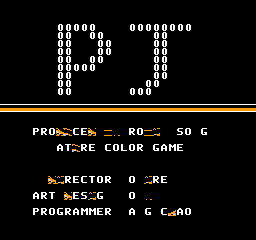 A (bizarrely titled) variant of this game exists which replaces the title screen but is otherwise the same game. While the letters used exclusively on the credits screen were replaced, the unused ending graphics were not.