Ao Oni is a Japanese horror puzzle game made in the RPG Maker XP engine.

Everytime you finish the game, Hiroshi will reveal one of these codes to you. To use them in game, you must rename Hiroshi to any of the following cheat codes:

The Hunchback Oni has sprites for walking down despite never doing so in the game, rendering these sprites unused.

The Deformed Oni isn't unused, but you can only see half of his body in the game. This is the full sprite. 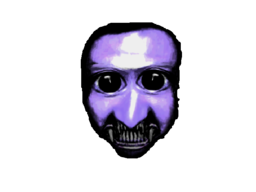 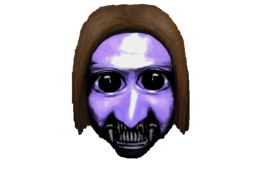 The first image is a sprite from Version 1.1 used in a special closet death scene. The second image is curiously an updated version that features Mika Oni, a character from Version 6.23. The game has code for showing these sprites in the closet scene but it's unknown if it's actually possible to get this in-game.