Baka to Test to Shoukanjuu Portable

Baka to Test to Shoukanjuu Portable is yet another video game based on a popular anime. It's pretty much Fortune Street injected into a brand new visual novel scenario. Being based on an anime, it shouldn't be surprising that it was only released in Japan.

There are multiple unused graphics, revealing that the game underwent various changes over the course of development.

Appearing alongside the other character name tags is this one for Akihisa Yoshii's older sister, Akira. She never appears in-game, but this graphic would imply that she was originally going to have some form of voiced dialogue, likely in the visual novel sections of the game.

Also appearing amidst the name tags is this one for Minami Shimada's little sister Hazuki. Like Akira, she doesn't appear in the game, but was planned to have voiced dialogue at some point in development.

Strangely, this name tag reading "Other" goes unused, despite there being multiple instances of minor characters that appear off-screen, but still have voiced lines. In the final game, there is no way to control the volume of these characters' voices. 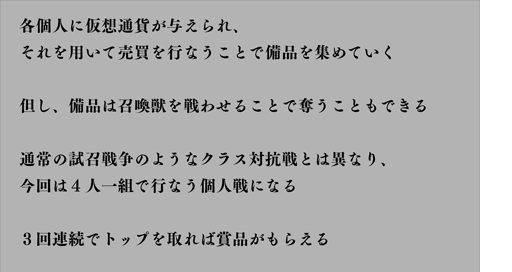 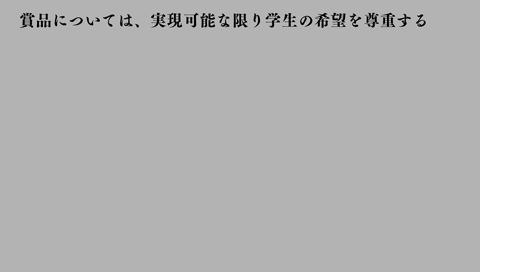 Appearing in the game's files is this unused set of graphics, possibly placeholders, that would have introduced the new Summoner Test System to the characters. In the final game, this explanation is instead spoken by several of the main characters, with slight changes to the text made to account for different characters' styles of speech.

In the game's pr.bin, there is an uncompressed 4bpp image that contains most of the game's menu dialogue. Unlockable characters' names are paired with the block reading "が使用可能になりました" to create a phrase reading: "[Name] is now available."

Despite only unlockable characters' names being used in this way, every character has their name in this image. As a result, the names of the starting characters, 吉井明久 (Akihisa Yoshii), 坂本雄二 (Yuuji Sakamoto), 木下秀吉 (Hideyoshi Kinoshita), and 土屋康太 (Kouta Tsuchiya) go unused.

Within the game's pr.bin file lie these uncompressed graphics. These indicate that a Quick Save/Load feature with up to 12 slots, along with an Auto Save feature, was originally planned for inclusion.

The Japanese buttons, reading "Select" and "Finish" respectively, were likely related to these features, and are not used in the final game.

Near the graphics for the screenshot function ("Shoot" and "Finish") is this unused option reading "Window" followed by "Show" and "Hide". Most likely, this would have been used to show or hide the dialogue window. In the final game, the game automatically removes the dialogue box when you open the screenshot interface.

This is quite strange, as most visual novels will allow the user to take a screenshot of their favorite moments, which usually involve the text on screen. Why this feature was scrapped is unknown.

Three strings of unused text are present in the game's EBOOT.BIN, between the stage descriptions and the character descriptions.