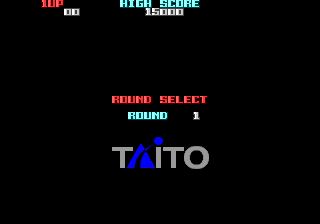 This game features the Taito Code:

A handful of debug functions remain in the game. Put the following code in MAME's cameltry.xml cheat file to replace the default service test with one of the following functions. 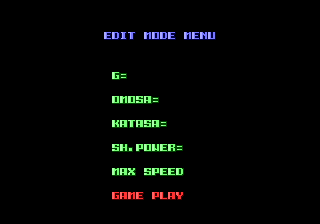 This debug routine would be toggled if 1P Start and 1P Jump were pressed simultaneously during gameplay, but there's no place in the main gameplay loop where this routine is even referenced. The menu is meant to be controlled by 1P and 2P joysticks, so it doesn't do much of anything in the final version. 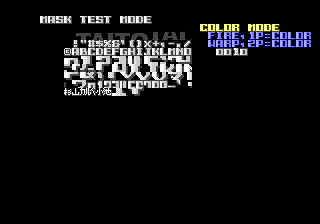 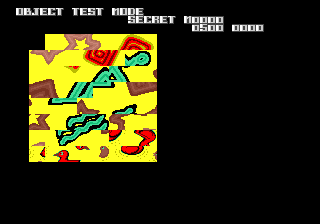 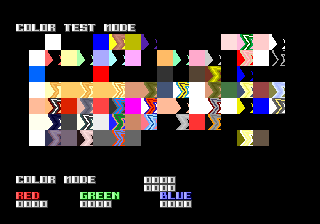 This would let the user check and alter color values if the controls worked properly.

Press 1P Button 1 to increment the lower "color mode" number. Once the lower number reaches 0010, the upper number will increase and the background will get progressively bluer. 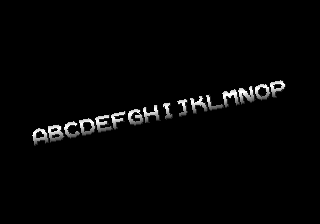 This is a simple test of the game's rotation and scaling functions. The 16-character string will quickly rotate clockwise while zooming in and out. The test runs automatically and there's no check for user input anywhere in the routine. 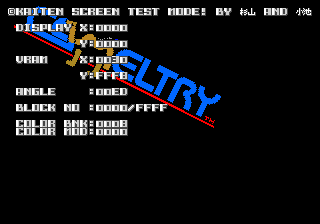 A lot like the rotation test, only this tests the background graphics instead of character graphics and it's controlled manually.

This smaller Cameltry logo would have fit in well in the difficulty selection screen.

There are several penalty values, down to 1 second and up to 8 seconds, that are unused. It seems plausible that the time penalties would change depending on the difficulty level, but in the final game, the penalties are always 2 and 5 seconds.

Special number graphics are used in the Japanese tutorial screens. They go up to 9, but the final game only uses 1-5. Could be related to the unused penalty graphics, but the 9 throws that into question a little bit.

An unused background object that would appear in desert-based level. He's trying, folks.

Yurika appears in the Special Course ending with the expression on the left. There are five more expressions at the very end of the object graphics ROM; These are stored directly after the different player character sprites used in the Beginner Course ending. It's likely that her expression would change depending on which character the player picked.

This would pop up at the start of each world along with the world's name. There are even entries in the world name table at 0x1D3D8 that list each world's designer. It's a bit redundant, though, since almost every world was designed by "KAITO", or "PPR KAITO" in the credits. The one exception is "IWAI SPECIAL" designed by "A.IWAI". This is probably Akira Iwai, best known for his design work on Arkanoid. 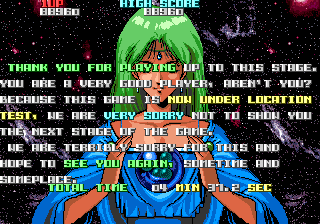 This is one of Taito's standard location test messages. Put this code in cameltry.xml and enable to display this text after completing the final world in any course:

In the Japanese version, the tutorial screens are in Japanese and English. This can all fit on screen except in Lesson 5, where the last line of English text is cut off. The relevant line is still in Japanese, though, so it doesn't matter too much.

In the Japanese language versions, Yurika will bow after giving one of her explanations in Training mode. ぺこり, "Pekori", is the action of quickly bowing one's head.