Candy Land Adventure is a study in why it's a terrible idea to hire Lani Minella to voice half your characters. (Jon St. John, on the other hand...)

It seems that early in development, Mr. Pop's Shop was intended to be a much more full-featured area than it wound up being. In the finished game, the shop is only seen in the opening and ending cutscenes, but there are a substantial number of unused graphics and dialogue files indicating the area was supposed to be fully interactive, complete with its own minigame.

An entire minigame, based around using the cash register to equate various denominations of money, was cut from Mr. Pop's Shop. A handful of graphics are all that remain of it. 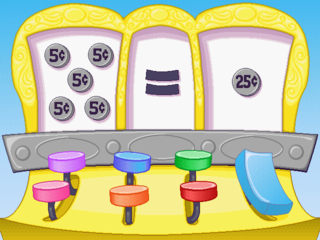 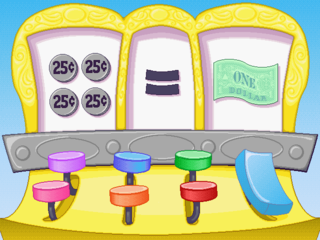 These two backgrounds appear to be dummy placeholders, since the answers shown are baked into the image.

As seen above, these flashing icons would have been placed on the register.

Players were originally supposed to be able to freely travel between Mr. Pop's Shop and Candy Land, with neat little animations playing in between.

There is an unfinished version of the animation of the ants carrying in the pie tin, which for some reason is duplicated many, many times throughout the graphics data.

There are also several unfinished versions of Plumpy's graphics:

Mr. Mint's minigame was severely cut down from its original design. Not only were several of the hidden animals excised, the entire second half of the game was removed!

Originally, a bear, a frog, and a snake were slated to appear among the missing animals. Despite having complete graphics for both hiding and being found, they never appear, and there's no corresponding Captain Cookie dialogue for finding them.

As evidenced by a large amount of unused dialogue, there was originally a second part to this minigame, like all the others. After finding the missing animals, Mr. Mint would realize his special Royal Minted Peppermint Candy Cane had been hidden in some hard-to-reach location, and players would have to select a suitable animal from among those found in the first part in order to retrieve it. The graphics for getting the candy cane still exist, though there are none for the animals that would have picked it up (and given the quality of the game's animation, they were quite possibly never intended to exist).

Apparently, Princess Lolly was supposed to give advice during the lollipop reconstruction minigame instead of Captain Cookie. Possibly scrapped because this doesn't make much sense, since at that point she's stuck on top of a lollipop and all. No corresponding dialogue exists. The icon is probably miscolored due to changes in palette assignment during development.

There's a single uncolored frame of the joke-telling lollipop.

Same deal as with Princess Lolly above: Captain Cookie gives out advice for the letter matching minigame, not Jolly, despite the fact that Jolly's already been rescued by that point.

Originally, Gloppy was supposed to throw a glob of molasses at Lord Licorice, knocking him into the Molasses Swamp. For whatever reason, this animation goes unused, and Lord Licorice just stumbles over on his own with no apparent cause.

An early graphic of the gumball machine exists, quite different from the finished version.

The Treasury has its own save/load preview, but the game can't be saved in that area.

There is a complete background for the "good" version of the palace. Though the restored parts of the palace do show up during gameplay, they are shown using a set of graphics overlayed piece-by-piece on the regular background, and it's impossible to go back to the main map after the palace is fully restored. The rightmost 8 pixels of the unused background are also totally black for some reason.

A self-identified "dummy" version of one of Lord Licorice's graphics. 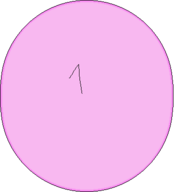 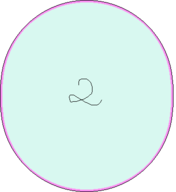 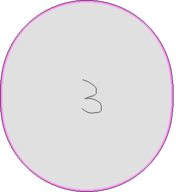 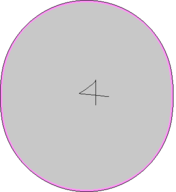 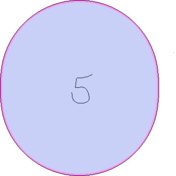 A set of placeholder credits bubbles.

Several unfinished versions of Captain Cookie's graphics are scattered throughout the game's data.

A confirmation button, with both flashing and non-flashing variations. Every prompt in the game uses a yes/no confirmation instead.

This is to be an early version of the main menu background. The most noticeable difference is the wider track, but some pieces of background decoration are also missing in the earlier version.

An old version of the save overwrite prompt is leftover in the data files. Presumably changed because no kid would say "yes" to the original question. 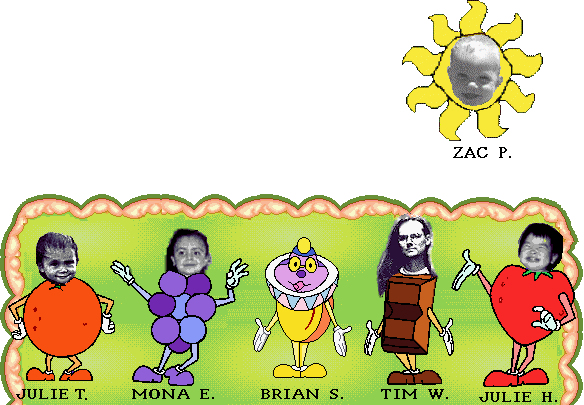 This... odd Easter egg is stored with the graphics for the credits. The labels correspond to programmers Julie Ton, Mona Elzankaly, Brian Schwab, Tim Winnegar, Julie Hoshizaki, and Zac Parsons.