Cereus Peashy is the first game Edmund McMillen made, but not the first to be released. Unliike most of the other flash games the acclaimed designer was a part off, this game is full of unused animations, levels and art. There's even a shop!

Hidden inside the game are animations for a punch attack that was supposed to be used by Cereus Peashy. Although little code for the attack remains, what exists points out that you could punch one or two times. It was cut to balance the game; being able to hit the enemies sideways made spikes useless.

Sprites for 3 giant dumplings.The first is actually used in a normally unacessible and unplayable level that was cut due to a lack of motivation. 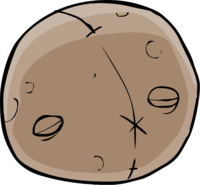 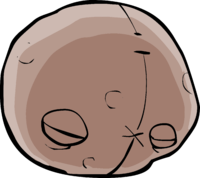 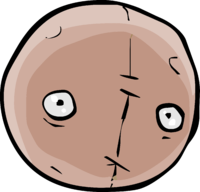 Items were a concept early on in this iteration of Cereus Peashy; Different body parts that were gained after killing an enemy.The Dimkin Necklace and Weltling Skull were salvaged later as cheat exclusive items.